The Fire Salamander (Salamandra salamandra) is probably the most well-known salamander species in Europe. It is black and has different kinds of yellow spots or stripes. Some salamanders are mostly black while others are mostly yellow. Shades of red and orange may sometimes appear. They either mix with the yellow, or replace it completely. This depends on the subspecies. Fire Salamanders can have a very long life. In the German natural history museum of Alexander Koenig a salamander lived more than 50 years.

Where they live and what they eat 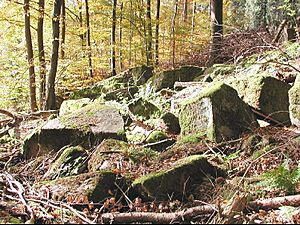 Fire Salamanders live in forests in the hilly parts of southern and central Europe. They prefer deciduous forests. They like to hide in the fallen leaves or mossy tree trunks. They need clean small brooks (small rivers) in their habitat. This is for the development of the larvae. Both on land and in the water, Fire salamanders are hard to notice. They spend much of the time hidden beneath stones, wood or other objects.

Fire Salamanders are active in the evening and the night, but on rainy days they may be active in daytime as well. Their diet consists of insects, spiders, earthworms and slugs. Sometimes, they will eat small vertebrates—for example, newts and young frogs. Small prey will be caught within the range of the vomerine teeth or by the posterior half of the tongue, which sticks to the prey.

Males and females look pretty similar except during the breeding season, when the most conspicuous difference is a swollen gland around the male's vent. This gland produces the spermatophore, which carries a sperm packet at its tip. The courtship happens on land. After the male becomes aware of a potential mate, he confronts her and blocks her path. The male deposits his spermatophore on the ground. Reproduction occurs by means of this spermatophore, which will be taken up by the female. Their gills develop lungs. Neotenic fire salamanders have not been observed.

How they defend themselves against being eaten 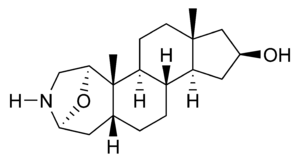 Salamanders may actively defend themselves once they are grasped by a predator. Besides various antipredator postures, S. salamandra adults are able to make strong poisons. These usually act on the nerves of the predator. They are called neurotoxins. One such poison is the alkaloid Samandarin. When the salamander senses danger, it can secrete this through its skin. This alkaloid causes strong muscle convulsions and high-blood pressure combined with hyperventilation in all vertebrates. The poison glands of the Fire salamander are concentrated in certain areas of the body, especially around the head and the dorsal skin surface. The colored portions of the animals skin usually coincide with these glands. Most of these secretions might be effective against bacterial and fungal infections of the epidermis, but some secretions could also be dangerous to human life. 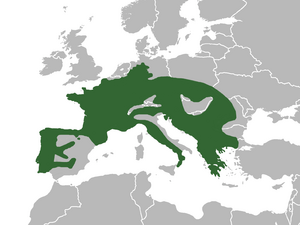 Fire Salamanders are found in most of southern and central Europe. They are most commonly found at altitudes between 400 and 1000 m, only rarely below (in Northern Germany sporadically down to 25 m). However in the Balkans or in Spain they are commonly found in higher altitudes as well.

Several subspecies of the Fire Salamander are recognized. Most notable are the subspecies fastuosa and bernadezi. These two are the only viviparous subspecies – the others are ovoviviparous. 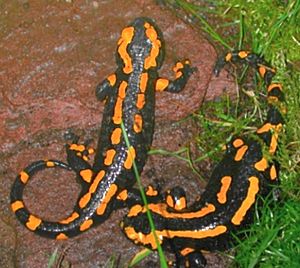 Some former subspecies are today recognized as species due to genetic reasons.

All content from Kiddle encyclopedia articles (including the article images and facts) can be freely used under Attribution-ShareAlike license, unless stated otherwise. Cite this article:
Fire salamander Facts for Kids. Kiddle Encyclopedia.