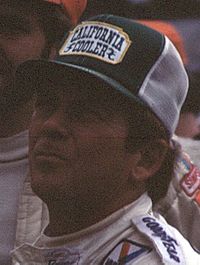 Gary Bettenhausen (November 18, 1941 – March 16, 2014) was an American auto racing driver. He was inducted in the National Sprint Car Hall of Fame in 1993. He was born in Blue Island, Illinois and was raised in Tinley Park, Illinois.

All content from Kiddle encyclopedia articles (including the article images and facts) can be freely used under Attribution-ShareAlike license, unless stated otherwise. Cite this article:
Gary Bettenhausen Facts for Kids. Kiddle Encyclopedia.