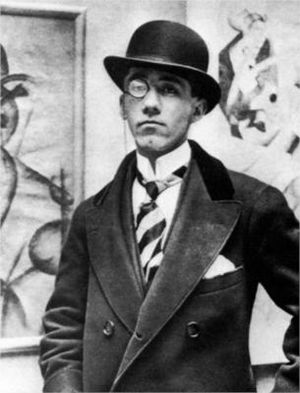 As a young man, he was introduced to Impressionism. This is a type of painting that was popular in the late 1800s. In the early 1900s, he became interested in Cubism. In the 1920s, he started to paint more traditionally and painted a few murals in Switzerland. In the 1940s, he started painting more abstractly again. He died in 1966 in Paris.

All content from Kiddle encyclopedia articles (including the article images and facts) can be freely used under Attribution-ShareAlike license, unless stated otherwise. Cite this article:
Gino Severini Facts for Kids. Kiddle Encyclopedia.