Glückstadt (Danish: Lykstad) is a town in the Steinburg district of Schleswig-Holstein, Germany. It is located on the right bank of the Lower Elbe at the confluence of the small Rhin river, about 45 km (28 mi) northwest of Altona. Glückstadt is part of the Hamburg Metropolitan Region (Metropolregion Hamburg).

Glückstadt was founded in 1617 on the marsh lands along the Elbe by the Duke of Holstein, King Christian IV of Denmark, who had levees and fortifications built as well as a ducal residence. Its name translates to English literally as "Luck City" or "Fortune City". As Christian IV promised the settlers tax exemption and freedom of religion, Glückstadt soon became an important trading centre, intended to compete with the Imperial city of Hamburg, located upstream on the Elbe. After the king had interfered in the Thirty Years' War the town in 1627/28 was besieged for fifteen weeks by the united Imperial and Catholic troops under the command of Albrecht von Wallenstein and Count Tilly, though without success.

In 1649 Christian’s son and successor King Frederik III of Denmark had the seat of the Holstein administration moved to Glückstadt, whereafter the duchy became known as Holstein-Glückstadt. In 1773 the town became the capital of all Holstein lands, when the lands of the Holstein-Gottorp line were finally incorporated. During the War of the Sixth Coalition in 1814 Glückstadt was blockaded by the allies and capitulated, whereupon its fortifications were demolished. In 1830 it was made a free port.

Holstein-Glückstadt remained a possession of the Danish Crown until its defeat in the Second Schleswig War of 1864. It was occupied by Austria, but finally incorporated into the Prussian Province of Schleswig-Holstein in the aftermath of the 1866 Austro-Prussian War.

In 1845 Glückstadt station opened on the Marsh Railway line from Elmshorn, which in 1857 was continued to Itzehoe. Today trains run from Hamburg-Altona station to Westerland on Sylt island. Glückstadt also has a ferry service across the Elbe to Wischhafen in Lower Saxony. It is a stop on the Deutsche Fährstraße theme road and the Elbe Cycle Route. 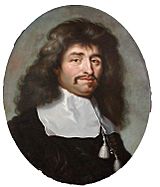 All content from Kiddle encyclopedia articles (including the article images and facts) can be freely used under Attribution-ShareAlike license, unless stated otherwise. Cite this article:
Glückstadt Facts for Kids. Kiddle Encyclopedia.