Governor-General of India facts for kids 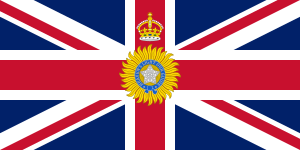 The Governor-General of India was the head of the British administration in British India. He was known as the Viceroy because he was the representative of the monarch, who for many years was Queen Victoria.

The position was created in 1773, with the title of "Governor-General of the Presidency of Fort William". In the beginning the officer had direct control only over Fort William, but supervised other British East India Company officials in India. However in 1833 the Governor was given complete control over all of British India and from then on was known as the Governor-General of India. 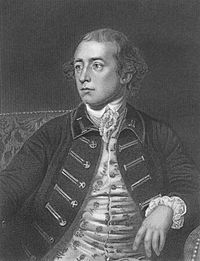 Warren Hastings, the first Governor-General of British India from 1773 to 1785.

Many parts of India were governed by the East India Company, which was supposed to be agents of the Mughal Emperor.

After the Indian Rebellion of 1857 the East India Company was abolished and the lands it had overned in the Indian sub-continent ware put under the direct control of the government of Britain. The Governor-General headed the central Government of India in Calcutta and was responsible to the imperial government in London. The rest of the sub-continent was administered by a large number of princely rulers under the supreme authority of Britain. The Governor-General was commonly known as the Viceroy of India because of his secondary role as Britain's representative to these nominally independent princely states.

Although India and Pakistan became independent in 1947, Governors-General stayed on to represent the Monarch of Great Britain until each rewrote their laws to become republics. When Pakistan and India become independent in 1947 King George who had been before then been the Emperor of India became the King of both countries.

However when India became a republic in 1950 he was no longer king of that country, however he remained king of Pakistan until his death in 1952. After that Elizabeth become Queen until 1956 when Pakistan too became a republic.

All content from Kiddle encyclopedia articles (including the article images and facts) can be freely used under Attribution-ShareAlike license, unless stated otherwise. Cite this article:
Governor-General of India Facts for Kids. Kiddle Encyclopedia.