Kids Encyclopedia Facts
This page is about the town. For the city, see Green Bay, Wisconsin. 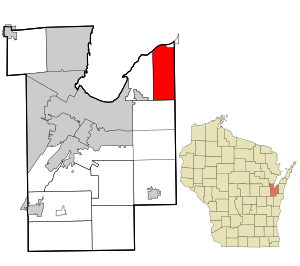 Location of the town in Wisconsin 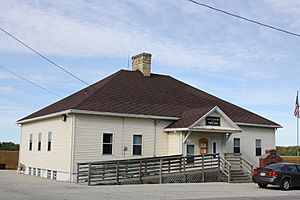 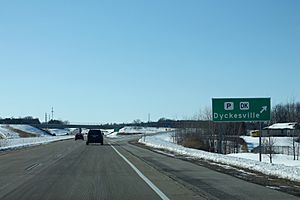 The town is located on the southern shore of Green Bay, an arm of Lake Michigan. The town is 15 miles (24 km) northeast of the city of Green Bay. The eastern border of the town is the Kewaunee County line.

There were 600 households, out of which 37.8% had children under the age of 18 living with them, 76.3% were married couples living together, 3.3% had a female householder with no husband present, and 17.8% were non-families. 13.8% of all households were made up of individuals, and 4.2% had someone living alone who was 65 years of age or older. The average household size was 2.87 and the average family size was 3.15.

The town of Green Bay is the fifth-most Belgian-American community in the United States, by proportion of residents. It contains the unincorporated community of Champion, the first settlement of Belgians in the area. Originally known as "Aux Premiers Belges," it was later named "Robinsonville", and then "Champion."

The Shrine of Our Lady of Good Help is in the town of Green Bay, in the unincorporated community of Champion.

All content from Kiddle encyclopedia articles (including the article images and facts) can be freely used under Attribution-ShareAlike license, unless stated otherwise. Cite this article:
Green Bay (town), Wisconsin Facts for Kids. Kiddle Encyclopedia.