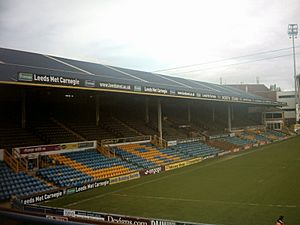 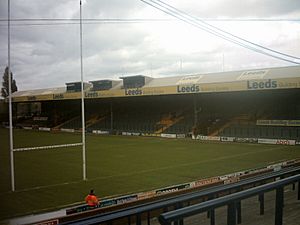 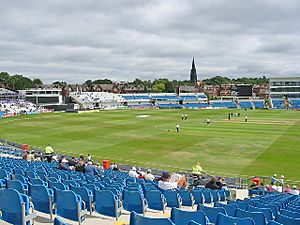 Headingley Stadium is a stadium in the Headingley area of Leeds, West Yorkshire. The stadiums has two sides, a Cricket side and a Rugby side. It is used for Cricket by Yorkshire County Cricket Club, Rugby League by the Leeds Rhinos and Rugby Union by Leeds Carnegie.

All content from Kiddle encyclopedia articles (including the article images and facts) can be freely used under Attribution-ShareAlike license, unless stated otherwise. Cite this article:
Headingley Stadium Facts for Kids. Kiddle Encyclopedia.