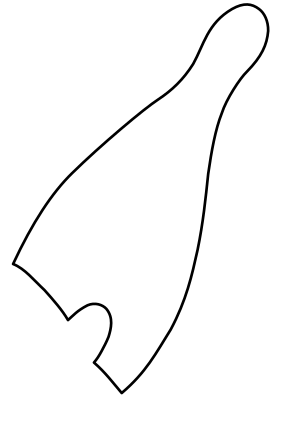 Hedjet is the name for the White Crown of Upper Egypt, used in Ancient Egypt. The crown was white and after Lower and Upper Egypt joined together, it was combined with the Deshret, the Red Crown of Lower Egypt. This Double Crown was called the Pschent. The symbol sometimes used for the Hedjet was the vulture goddess Nekhbet. This would be shown next to the head of the cobra goddess Wadjet, the Uraeus on the Pschent.

The white crown has a long history, going back into the Predynastic Period. This shows that kingship had been the base of Egyptian society for some time. The earliest image of the Hedjet was thought to have been in the Qustul in Nubia. New discoveries, particularly the excavation of Cemetery U and the tome U-j, dating to Naqada IIIA have shown that it appears earlier in Egypt.

As with the Deshret (Red Crown), no example of the White Crown has survived. It is unknown how it was made or what materials were used. It is possible it was made from felt or leather. The fact that no crown has ever been found, might suggest that the crown was passed from one ruler to the next, much as in present day monarchies.

All content from Kiddle encyclopedia articles (including the article images and facts) can be freely used under Attribution-ShareAlike license, unless stated otherwise. Cite this article:
Hedjet Facts for Kids. Kiddle Encyclopedia.