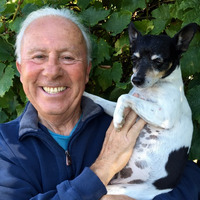 Henry Wessel (1942 – September 20, 2018) was an American photographer. He was born in Teaneck, New Jersey. He was the recipient of two Guggenheim Fellowships and three National Endowment for the Arts grants.

All content from Kiddle encyclopedia articles (including the article images and facts) can be freely used under Attribution-ShareAlike license, unless stated otherwise. Cite this article:
Henry Wessel Jr. Facts for Kids. Kiddle Encyclopedia.