Hillburn, originally called "Woodburn" and incorporated in 1893, is a village in the town of Ramapo, Rockland County, New York, United States. It is located north of Suffern, east of Orange County, south of Viola, and west of Montebello. It is considered to be one of the more rural communities in Rockland County. The population was 951 at the 2010 census. 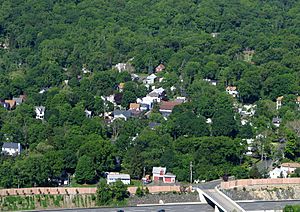 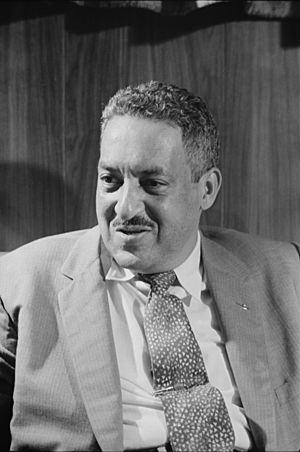 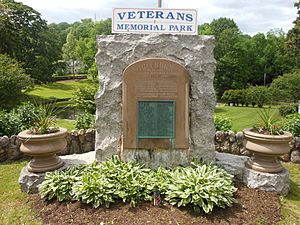 There were 273 households out of which 39.6% had children under the age of 18 living with them, 53.5% were married couples living together, 24.5% had a female householder with no husband present, and 18.7% were non-families. 16.8% of all households were made up of individuals and 5.9% had someone living alone who was 65 years of age or older. The average household size was 3.23 and the average family size was 3.58.

In addition to later European-American migrants, the area was settled early by descendants of Lenape and other remnant groups, who eventually intermarried with Afro-Dutch and other ethnicities after the Revolutionary War. These multiracial descendants were recognized in 1980 by the state as the Ramapough Mountain Indians; they also have centers of population in Mahwah and Ringwood, New Jersey, which were areas of frontier in the eighteenth and early nineteenth centuries. For many years they lived by farming, hunting and fishing. They tended to marry within their community until the mid-twentieth century.

The village of Hillburn was founded in 1893; that year the first school in Hillburn was built on a plot of ground donated by J.B. Suffern.

In 1943, the attorney Thurgood Marshall won a disparity case regarding integration of the schools of Hillburn, 11 years before his landmark case of Brown v. Board of Education. He represented the village's African-American parents. Mixed-race children who lived in the town of Ramapo attended the Brook School in Hillburn, a wood structure that did not have a library, indoor bathrooms or gymnasium. The Main School was reserved for white children and included a gymnasium, a library and indoor plumbing. It is now used as the headquarters of the Ramapo Central School District,

The Rockland African Diaspora Heritage Center in Pomona, New York, has an exhibit of artifacts and photographs loaned by a student who attended the Brook School. The student went on to college, and eventually taught English and history. In 2010, the state legislature designated May 17 as Thurgood Marshall Day in honor of his work in civil rights.

Penford, Saxby Voulaer., "Romantic Suffern - The History of Suffern, New York, from the Earliest Times to the Incorporation of the Village in 1896", Tallman, N.Y., 1955, (1st Edition)

All content from Kiddle encyclopedia articles (including the article images and facts) can be freely used under Attribution-ShareAlike license, unless stated otherwise. Cite this article:
Hillburn, New York Facts for Kids. Kiddle Encyclopedia.