History of papermaking in Massachusetts facts for kids 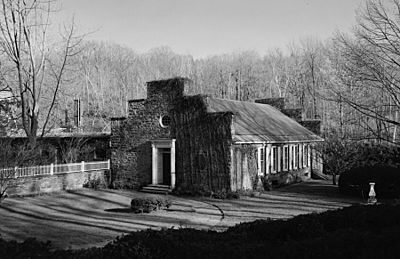 This article addresses the history of papermaking in Massachusetts.

Early paper in Massachusetts was, as was common in Europe, made from cotton and linen rags. As the 18th century progressed, the demand for printed books was increasingly met by local printers, so the demand for paper increased and rags became scarce. One paper manufacturer in Massachusetts even issued paper with a "Save Rags' watermark. The shortage was so extreme during the American Revolution, that the Committees of Safety in Massachusetts were required to appoint a rag collector in each jurisdiction.

The "Turkey" mill in Tyringham was built by Milton Ingersol in 1833 to produce paper from rags. In 1835 it became the firm of Platner and Smith, which in 1850 purchased the Union and Enterprise mills on the Housatonic River in Lee, Massachusetts, and another mill on the Laurel Lake outlet. These three mills were called the Castle and Laurel paper mills. Platner and Smith became the largest paper manufacture in the United States. Subsequently, the firm was incorporated as the Smith Paper Company.

In 1849, the Holyoke Dam was completed across the Connecticut River which started an expansion of mills, and especially paper mills throughout Massachusetts. For a time it seemed that paper mills sprung up like mushrooms, all up and down the streams in Lee, Tyringham, Stockbridge, Housatonic, Great Barrington, and there were times when men, seemingly bemused by the lure of this industry, erected little "one family" mills on their farms and went headlong into the business, knowing little or nothing about it and prospering little or none. 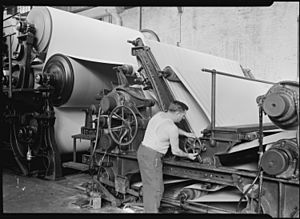 In 1857, the firm of Platner and Smith made paper from wood pulp, but their endeavor failed to be commercially viable because of the lengthy process used to reduce the wood to pulp and the high cost. The paper they produced was quite coarse and did not take print well.

In 1866, Albrecht Pagenstecher, a German immigrant living in Stockbridge, Massachusetts, together with his brother Rudolf, bought two German-made Keller-Voelter grinders. On March 5, 1867, in nearby Curtisville, Pagenstecher was the first in the United States to manufacture commercially viable [[Pulp (paper) Many of the Holyoke mills quickly converted to wood pulp, and Holyoke with twelve major paper mills became the world's largest center for papermaking.

As local labor costs rose and wood became scarcer in Massachusetts, papermaking declined due in no small part to competition first from mills in well-forested Wisconsin and then from Canada. Starting after World War I, paper mills in Massachusetts began to close. The industry survived by focusing on the manufacture of specialty papers, such as writing bond, which prospered until the 1970s.

All content from Kiddle encyclopedia articles (including the article images and facts) can be freely used under Attribution-ShareAlike license, unless stated otherwise. Cite this article:
History of papermaking in Massachusetts Facts for Kids. Kiddle Encyclopedia.