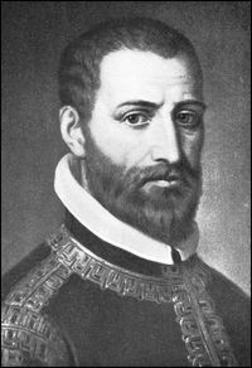 Jacques Arcadelt (also called Jacob Arcadelt) (born probably in Liège, 1504 or 1505; died Paris, 14 October 1568) was a Franco-Flemish composer in the Renaissance period. He was an extremely popular composer of madrigals and chansons.

There is not much known about his early life, but we know he was living in Rome by 1539 where he was made a member of the Julian Chapel. Soon he joined the Sistine Chapel, where he had the job of "magister puerorum" (director of the boys choir), and later he became choirmaster. In the same year he published four of his total of six books of madrigals for four voices. Probably around 1553 he moved to France, where he spent the rest of his life. He wrote a very large number of chansons (French songs). He also wrote some masses.

Arcadelt's music became extremely popular because it was quite simple and easy to sing with beautiful melodies that people could remember. One very famous madrigal is called Il bianco e dolce cigno (The white and gentle swan). The style of Arcadelt’s music influenced the next generation of madrigal composers. Composers considered Arcadelt's style to represent an ideal; later reprints of his first madrigal book were often used for teaching, with reprints appearing more than a century after its original publication.

All content from Kiddle encyclopedia articles (including the article images and facts) can be freely used under Attribution-ShareAlike license, unless stated otherwise. Cite this article:
Jacques Arcadelt Facts for Kids. Kiddle Encyclopedia.