James Rupert Jacob Murdoch born 13 December 1972, is a British-American businessman, he is the fourth of billionaire media tycoon Rupert Murdoch's six children. He is the chief executive officer (CEO) of 21st Century Fox, and chairman of Sky plc. He is the former chairman and CEO of News Corp, Europe and Asia, where he oversaw assets such as News International (British newspapers), publisher of The News of the World newspaper, SKY Italia (satellite television in Italy), Sky Deutschland, and STAR TV (satellite television in Asia).

Murdoch was born in Wimbledon, London, England. He is the son of billionaire media mogul Rupert Murdoch's and journalist and author Anna Murdoch Mann. As a teenager James was regarded as the brightest of the Murdoch children, but was also considered something of a rebel. He first came to public notice as a 15-year-old intern at the Sydney Daily Mirror, but made headlines in the rival Sydney Morning Herald after he was photographed asleep on a sofa at a press conference.

James Murdoch attended Horace Mann School in New York City and graduated in 1991. He then studied film and history at Harvard University.

At Harvard, James edited underground magazines and drew a comic strip for the college's famed satirical magazine, Harvard Lampoon. He dropped out of college in 1995 and with college friends he helped establish Rawkus Records, an independent hip hop record label. The company was bought by News Corporation in 1998. 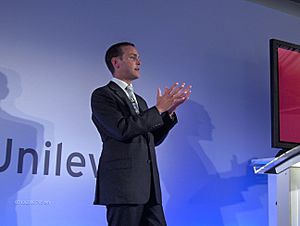 Murdoch at a digital media conference in 2006

In 1996 Murdoch joined News Corporation and was appointed chairman of Festival Records. He took charge of News Corporation's internet operations, where he invested in a series of ventures, including financial website TheStreet and the short-lived online music site Whammo. He also continued to contribute cartoons to US magazine Gear.

He is credited with sparking his father's interest in the internet.

In May 2000, Murdoch was appointed chairman and chief executive of News Corporation's ailing Asian satellite service Star Television and he moved to Hong Kong.

In February 2003, Murdoch became a director of BSkyB. Following the shock resignation of his brother Lachlan Murdoch from his executive positions at News Corporation on 29 July 2005, James is widely viewed as his father's heir-apparent.

On 7 December 2007, Murdoch stepped down as CEO from BSkyB and was appointed non-executive chairman of the company (a position formerly held by his father, Rupert).

In February 2009, Murdoch was appointed a non-executive director with the British pharmaceutical company GlaxoSmithKline.

In April 2014, it was announced that Murdoch would join the board of advertising start-up True[X] Media.

In June 2015, his father, Rupert announced he would be leaving his position as CEO of 21st Century Fox and James will take over the position in the near future.

In July 2017, Murdoch became an independent director on the board of Tesla. 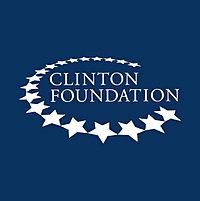 Murdoch is a British citizen by birth and a naturalised US citizen. He lost Australian citizenship when his father became a US citizen, but he is eligible to reclaim it. He has two children with his American wife Kathryn Hufschmid, who works for the Clinton Climate Initiative, a charitable foundation set up by former President Clinton in 2006. Murdoch was instrumental in the formation of Sky Procycling and is a keen cyclist himself. He has a black belt in karate.

All content from Kiddle encyclopedia articles (including the article images and facts) can be freely used under Attribution-ShareAlike license, unless stated otherwise. Cite this article:
James Murdoch Facts for Kids. Kiddle Encyclopedia.