Thompson was born on May 8, 1936 in Chicago, Illinois to a Swedish-American family. He studied at the University of Illinois at Chicago, at Washington University in St. Louis, and at Northwestern University. He was married to Jayne Ann Carr Thompson. They had one child.

Thompson died of cardiac arrest at Northwestern Memorial Hospital in Chicago on August 14, 2020 at the age of 84. 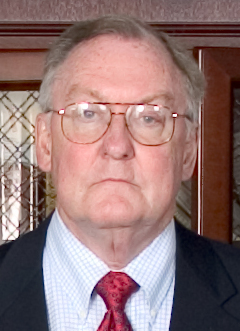 All content from Kiddle encyclopedia articles (including the article images and facts) can be freely used under Attribution-ShareAlike license, unless stated otherwise. Cite this article:
James R. Thompson Facts for Kids. Kiddle Encyclopedia.