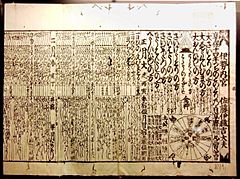 Jōkyō calendar published in 1729. Exhibit in the National Museum of Nature and Science, Tokyo, Japan

The Japanese calendar has yearly holidays and traditional events. Some of these preserve ancient customs. 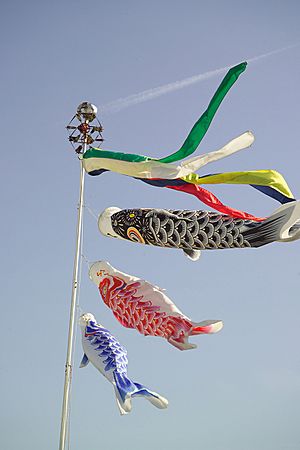 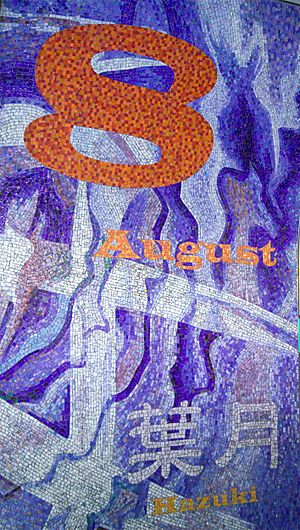 This mural on the wall of subway station in Tokyo celebrates Hazuki, the eighth month

The names and dates of some of Japan's national holidays have changed over time.

All content from Kiddle encyclopedia articles (including the article images and facts) can be freely used under Attribution-ShareAlike license, unless stated otherwise. Cite this article:
Japanese calendar Facts for Kids. Kiddle Encyclopedia.