The district produces a variety of crops year-round. Date sugar, called patali, is made from the sap of locally grown date trees. It is cooked, thickened and crystallised using a traditional method. Patali is mainly produced in Khajura, but many date trees are cultivated in the Keshabpur Upazila and Manirampur Upazila areas. Jessore (town) is the capital of the district.

The main factor of economics of Jessore is Benapol Land Port which is situated in Sharsha upajela. Much of the import and export trading between Bangladesh and India is done through this port. 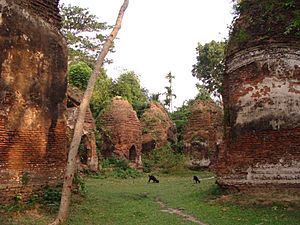 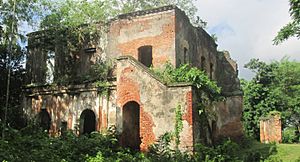 All content from Kiddle encyclopedia articles (including the article images and facts) can be freely used under Attribution-ShareAlike license, unless stated otherwise. Cite this article:
Jessore District Facts for Kids. Kiddle Encyclopedia.