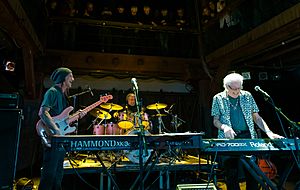 Born in Macclesfield, Cheshire in 1933, Mayall was the son of Murray Mayall, a guitarist and jazz music enthusiast. From an early age, John was drawn to the sounds of American blues players such as Lead Belly, Albert Ammons, Pinetop Smith and Eddie Lang, and taught himself to play the piano, guitars, and harmonica.

Mayall spent three years in Korea for national service and, during a period of leave, he bought his first electric guitar. Back in England, he enrolled at Manchester College of Art (now part of Manchester Metropolitan University) and started playing with semi-professional bands. After graduation, he obtained a job as an art designer but continued to play with local musicians. In 1963, he opted for a full-time musical career and moved to London. His previous craft would be put to good use in the designing of covers for many of his coming albums.

Since the end of the 1960s Mayall has lived in the US. A brush fire destroyed his house in Laurel Canyon in 1979, seriously damaging his musical collections and archives.

Mayall has been married twice, and has six grandchildren. His second wife, Maggie Mayall, is an American blues performer, and since the early 1980s took part in the management of her husband's career. The pair divorced in 2011 and Maggie wrote online about the experience.

In 2005 Mayall was appointed Officer of the Order of the British Empire (OBE) in the Honours List. 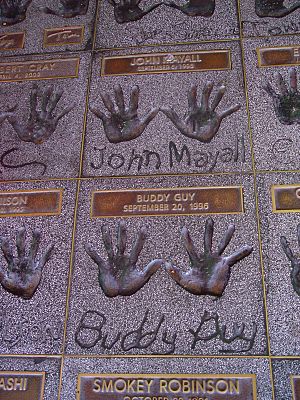 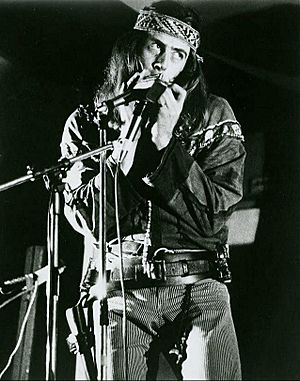 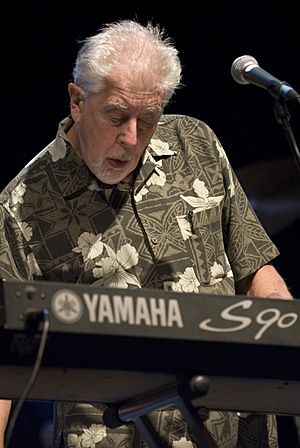 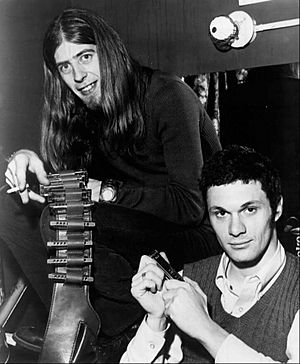 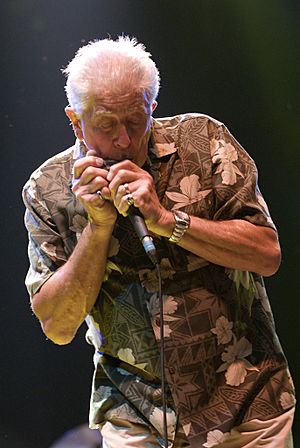 All content from Kiddle encyclopedia articles (including the article images and facts) can be freely used under Attribution-ShareAlike license, unless stated otherwise. Cite this article:
John Mayall Facts for Kids. Kiddle Encyclopedia.