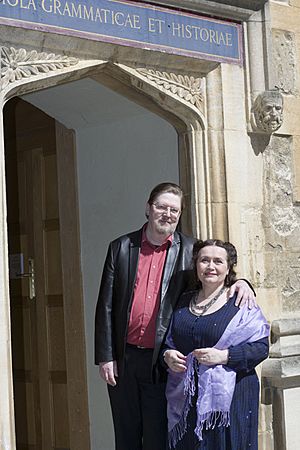 John Matthews (born 1948) and Caitlín Matthews (born 1952) are English writers. Together, they have written over 150 books, translated into more than thirty languages, including Tarot packs, a card-based storytelling system, screenplays, songs and other works.

Beginning to work together in London in the 1970s, they wrote and published The Western Way in 1985. This followed the lead of Christine Hartley's The Western Mysteries Tradition (1968) by identifying and promoting a European mystical tradition to offset the then-current domination of Eastern mysticisms from India and China. The book included meditations to enable readers to make contact with their inner worlds. Historian Ronald Hutton considers this an influential work. They also edited The Encyclopedia of Celtic Wisdom (2000), devised the Storyworld series (2009ff) and, most recently, created The Steampunk Tarot: Gods of the Machine (2012).

They studied with two of the leading esotericists of the time, Gareth Knight and Dolorous Ashcroft-Nowicki, and from 1988 to 1992 they served as joint-presiders of the Order of Bards, Ovates and Druids. Since 1989 they have run the Fellowship of Isis Lyceum, Domus Sophiae Terrae et Sancte Gradalis in Oxford, and are both members of the Archpriesthood Union as custodians of the legacy of the Fellowship of Isis.

They are active on the New Age workshop circuit, teaching their versions of the Celtic mysteries, Neo-shamanism, the Goddess and King Arthur. They were jointly listed 86th in the Watkins list of the 100 most spiritually influential living people worldwide for 2011. They live in Oxford, UK. 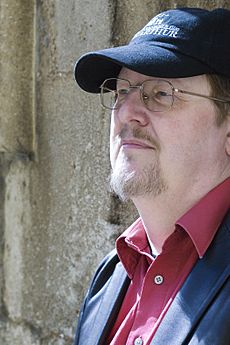 John Matthews (born 1948) has been involved in study of the mysteries of Britain including the Arthurian Legends and the Grail Myth, for almost fifty years. He has published over ninety books on myth, the Arthurian Legends and Grail studies, including The Grail: Quest for the Eternal (1981), and most recently The Camelot Oracle (2012, with Will Worthington). He has also published short stories, a volume of poetry, and several children's books, most notably Pirates (2006) which was on the New York Times best-seller list for twenty-two weeks. His book Arthur of Albion (2009) won multiple awards, including a Gold Medal from NAPPA, a gold Moonbeams award and a BIB Golden Apple Award.

He has taught throughout Europe and the United States and has acted as advisor for a number of media projects including the Jerry Bruckheimer film "King Arthur" (2004). He has appeared on the History Channel and Discovery Channel programmes on Arthur and the Holy Grail, and shared a BAFTA award for his work on the educational DVD made to accompany "King Arthur". He has served as a guest editor for the international journal Arthuriana, on whose editorial board he also sits. In 2009 he set up the production company Mythwood Films with Wil Kinghan, and a full-length feature, "The Mermaids", is forthcoming. 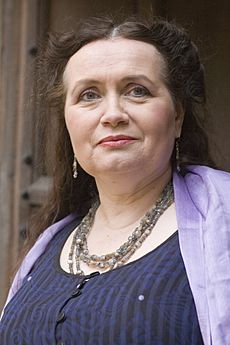 Caitlín Matthews (born 1952) was born in Portsmouth, England, of British and Irish parents, and from an early age was aware of a spiritual dimension to life. She was initiated into the Fellowship of Isis in 1977 and was subsequently ordained as priestess in 1988. She continues as arch-priestess in the Archpriesthood Union, as one of the custodians of the Fellowship of Isis.

Following the publication of The Western Way she has written over sixty books including several works on the divine feminine, and the worlds of early Welsh and Irish literature. Her work reflects both the older academic sources and the newer Celtic mystical ones, but leaves out, according to Hutton, "the scholarly publications of the 1980s, many of which have radically altered existing views of the sources for our knowledge of the ancient Celts."

Matthews has led workshops in Britain and elsewhere, including the Temenos Academy, London; Regents College, Oxford; the University of Jyväskylä in Finland, the University of Lisbon in Portugal, and at Studium Generale of the Arnhem Institute for the Arts in Netherlands.

All content from Kiddle encyclopedia articles (including the article images and facts) can be freely used under Attribution-ShareAlike license, unless stated otherwise. Cite this article:
John and Caitlin Matthews Facts for Kids. Kiddle Encyclopedia.