Josh Lee Holloway (born July 20, 1969) is an American actor, model and producer, best known for his roles as James "Sawyer" Ford on the American television show Lost and as Gabriel Vaughn in the CBS drama Intelligence. He also stars as Will Bowman on the science fiction drama Colony.

Holloway was born in San Jose, California. His family moved to the Blue Ridge Mountains of Georgia when he was two. He was raised in Free Home, Georgia. Holloway is related to Baptist preacher Dr. Dale Holloway and author and World War II prisoner-of-war Carl Holloway. He is also a descendant of Robert E. Lee. Holloway attended Cherokee High School in Canton, Georgia, graduating in 1987. He developed an interest in movies at a very young age. He studied at the University of Georgia. 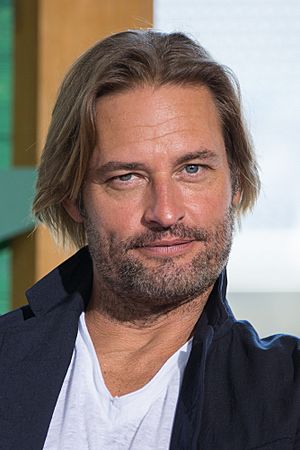 Holloway moved to Los Angeles, where he began a successful career as a runway and print model, including for brands Dolce & Gabbana, Calvin Klein and Donna Karan. In 1993, Holloway appeared in the Aerosmith video for the song "Cryin'".

Holloway's ambition eventually led him to start acting. His first role was as "Good Looking Guy" in an episode of Angel in 1999. His big break came when he was cast as James "Sawyer" Ford in the hit television series Lost.

At the end of shooting the Lost pilot in Oahu, Hawaii, Holloway proposed to his long time girlfriend, Yessica Kumala, a native of Indonesia of Chinese descent. The couple married on October 1, 2004. They have two children. 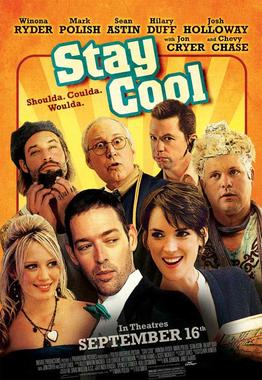 All content from Kiddle encyclopedia articles (including the article images and facts) can be freely used under Attribution-ShareAlike license, unless stated otherwise. Cite this article:
Josh Holloway Facts for Kids. Kiddle Encyclopedia.