KDE is an international free software community that develops Free and Open Source based software. Well-known products include the Plasma Desktop, KDE Frameworks and a range of cross-platform applications designed to run on Unix-like desktops, Microsoft Windows and Android. It further provides tools and documentation for developers that enables them to write software. This supporting role makes KDE a central development hub and home for many popular applications and projects like Calligra Suite, Krita or digiKam.

The Plasma Desktop is one of the most recognized projects of KDE and the default desktop environment on many Linux distributions, such as openSUSE, Manjaro, Mageia, Chakra, Kubuntu, and PCLinuxOS.

The work of the KDE community can be measured in the following figures: 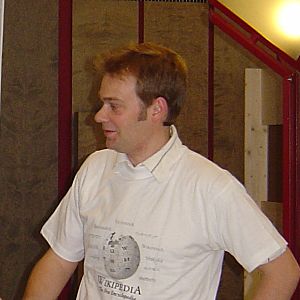 K Desktop Environment (KDE) was founded in 1996 by Matthias Ettrich, who was then a student at the Eberhard Karls University of Tübingen. At the time, he was troubled by certain aspects of the Unix desktop. Among his concerns was that none of the applications looked, felt, or worked alike. He proposed the creation of not merely a set of applications but a desktop environment in which users could expect things to look, feel, and work consistently. He also wanted to make this desktop easy to use. His initial Usenet post spurred a lot of interest, and the KDE project was born.

KDE Applications are either part of the official KDE Applications release or can be found under "Extragear" and release to their own schedule. Like Okular, KTorrent or KDE Partition Manager they are built on KDE Frameworks and designed to be portable between operating systems and also independent of a particular workspace or desktop environment. Some brands consist of multiple applications, such as Calligra Office Suite or KDE Kontact.

WikiToLearn, abbreviated WTL, is one of KDE's newer endeavors. It is a wiki (based on MediaWiki, like Wikipedia) that provides a platform to create and share open source textbooks. The idea is to have a massive library of textbooks for anyone and everyone to use and create. Its roots lay in University of Milan, where a group of physics majors wanted to share notes—then decided that it was for everyone and not just their internal friend group. They have become an official KDE project with several universities backing it.

Like many free/open source projects, developing KDE software is primarily a volunteer effort, although various companies, such as Novell, Nokia, or Blue Systems employ or employed developers to work on various parts of the project. Since a large number of individuals contribute to KDE in various ways (e.g. code, translation, artwork), organization of such a project is complex.

Brazil’s primary school education system operates computers running KDE software, with more than 42,000 schools in 4,000 cities, thus serving nearly 52 million children. The base distribution is called Educational Linux, which is based on Kubuntu. Besides this, thousands more students in Brazil use KDE products in their universities. KDE software is also running on computers in Portuguese and Venezuelan schools, with respectively 700,000 and one million systems reached.

Germany uses KDE software in its embassies around the world, representing around 11,000 systems. Through use of Pardus, a local Linux distribution, many sections of the Turkish government make use of KDE software, including the Turkish Armed Forces, Ministry of Foreign Affairs, Ministry of National Defence, Turkish Police, and the SGK (Social Security Institution of Turkey). CERN (European Organization for Nuclear Research) is using KDE software.

All content from Kiddle encyclopedia articles (including the article images and facts) can be freely used under Attribution-ShareAlike license, unless stated otherwise. Cite this article:
KDE Facts for Kids. Kiddle Encyclopedia.