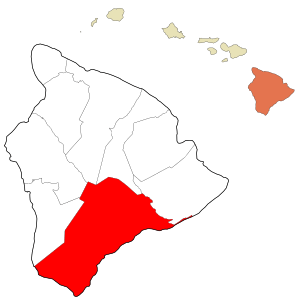 Kaʻū is the southernmost and largest district (922 sq. miles or 2,388 km2) of Hawaii County, Hawaii, located on the island of Hawaiʻi.

The district contains much of Hawaii Volcanoes National Park, including the volcanoes Kīlauea and Mauna Loa, and Punaluʻu Black Sand Beach, Papakōlea (Green Sand) Beach and Kamilo Beach. To the east of Kaʻū is the Puna District, and to the west is the South Kona District.

Lender and Insurance Redlining Of Lava Zone 1 and 2

Kau shares much in common with the district of Puna, Hawaii. Both districts are situated on active volcanoes and contains large sections of land that are in Lava Flow Hazard Zones 1 and 2. Additionally, new lava zones 11, 12, and 13 are being established to account for current flow activity to reduce redlining. 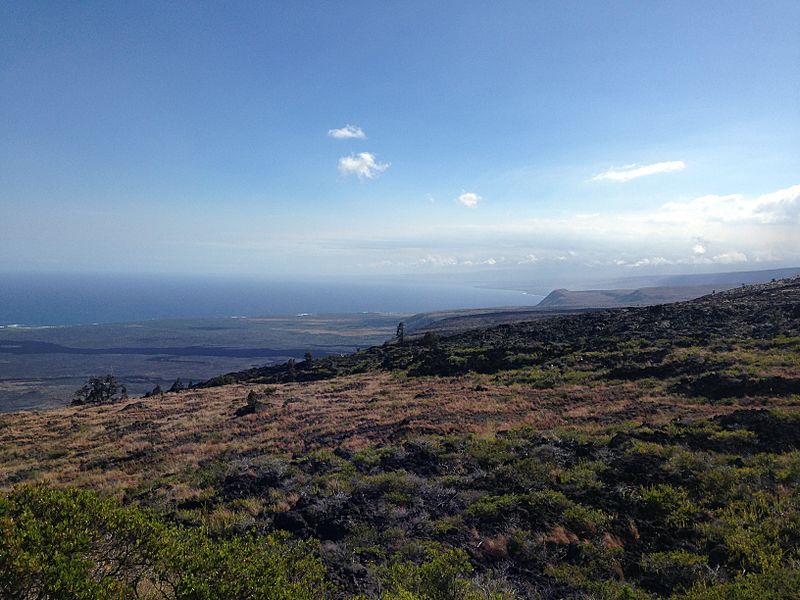 The view of the Ka'u coastline from HVNP. Looking southwest towards Na'alehu.

Much of the Ka'u coastline is made up of volcanic Pali. Looking southwest from HVNP.

All content from Kiddle encyclopedia articles (including the article images and facts) can be freely used under Attribution-ShareAlike license, unless stated otherwise. Cite this article:
Kau, Hawaii Facts for Kids. Kiddle Encyclopedia.