Sir Kazuo Ishiguro (born 8 November 1954) is a Nobel Prize-winning British novelist, screenwriter, and short-story writer. He was born in Nagasaki, Japan, but his family moved to the UK in 1960 when he was five. Ishiguro graduated from the University of Kent with a bachelor's degree in English and Philosophy in 1978 and gained his master's from the University of East Anglia's creative writing course in 1980.

Ishiguro is considered one of the most celebrated contemporary fiction authors in the English-speaking world, having received four Man Booker Prize nominations, and having won the award in 1989, for his novel The Remains of the Day. Ishiguro's 2005 novel, Never Let Me Go, was named by Time as the best novel of the year, and was included in the magazine's list of the 100 best English-language novels published between 1923 and 2005.

He won the Booker Prize for his 1989 novel The Remains of the Day which was later adapted as a movie. The movie came out in 1993. It starred Anthony Hopkins and Emma Thompson. It was nominated for eight Academy Awards.

Growing up in a Japanese family in the UK was crucial to his writing, as it enabled him, he says, to see things from a different perspective to that of many of his British peers. His seventh novel, The Buried Giant, was published in 2015.

In 2017, the Swedish Academy awarded Ishiguro the Nobel Prize in Literature. Ishiguro was knighted in the 2018 Queen's Birthday Honours List. 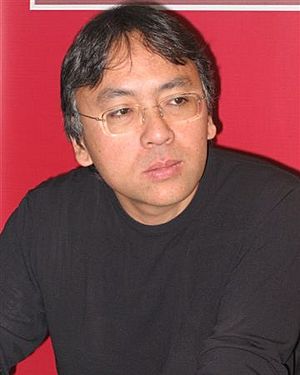 Ishiguro was born in Nagasaki, Japan on 8 November 1954, the son of Shizuo Ishiguro, a physical oceanographer, and his wife Shizuko. At the age of five, Ishiguro and his family (including his two sisters) left Japan and moved to Guildford, Surrey, as his father was invited for research at the National Institute of Oceanography.

He did not return to visit Japan until 1989, nearly 30 years later, as a participant in the Japan Foundation Short-Term visitors Program. In an interview with Kenzaburō Ōe, Ishiguro stated that the Japanese settings of his first two novels were imaginary: "I grew up with a very strong image in my head of this other country, a very important other country to which I had a strong emotional tie. In England I was all the time building up this picture in my head, an imaginary Japan."

He attended Stoughton Primary School and then Woking County Grammar School in Surrey. After finishing school, he took a gap year and travelled through the United States and Canada, while writing a journal and sending demo tapes to record companies. In 1974, he began studies at the University of Kent at Canterbury, graduating in 1978 with a Bachelor of Arts (honours) in English and Philosophy. After spending a year writing fiction, he resumed his studies at the University of East Anglia where he studied with Malcolm Bradbury and Angela Carter, and gained a Master of Arts in Creative Writing in 1980. His thesis became his first novel, A Pale View of Hills, published in 1982. He became a British citizen in 1983. 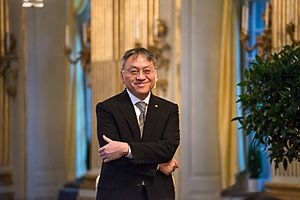 Ishiguro has been married to Lorna MacDougall, a social worker, since 1986. They met at a West London homelessness charity in Notting Hill, where Ishiguro was working as a residential resettlement worker. The couple live in London with their daughter.

He is a great admirer of Bob Dylan, a previous recipient of the Nobel Literature prize. 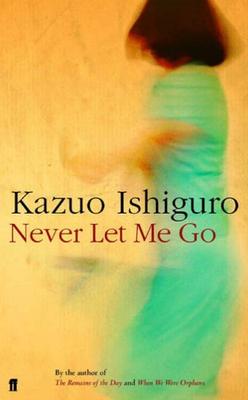 Except for A Pale View of Hills and The Buried Giant, all of Ishiguro's novels and his short story collection have been shortlisted for major awards. Most significantly, An Artist of the Floating World, When We Were Orphans, and Never Let Me Go were all short-listed for the Booker Prize.

All content from Kiddle encyclopedia articles (including the article images and facts) can be freely used under Attribution-ShareAlike license, unless stated otherwise. Cite this article:
Kazuo Ishiguro Facts for Kids. Kiddle Encyclopedia.