Lamiaceae or Labiatae, also known as the mint family, is a family of plants. It includes about 210 genera and about 3,500 species.

Many of the plants are aromatic in all parts and include widely used culinary herbs, such as basil, mint, rosemary, sage, savory, marjoram, oregano, hyssop, thyme, lavender, and perilla. Some species are shrubs, trees (such as teak), or, rarely, vines. Many members of the family are widely cultivated, not only for their aromatic qualities, but also their ease of cultivation, since they are readily propagated by stem cuttings. Besides those grown for their edible leaves, some are grown for decorative foliage, such as Coleus. Others are grown for seed, such as Salvia hispanica (chia), or for their edible tubers, such as Plectranthus edulis, Plectranthus esculentus, Plectranthus rotundifolius, and Stachys affinis (Chinese artichoke). 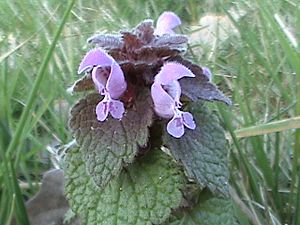 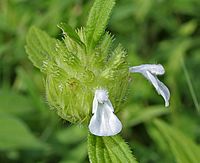 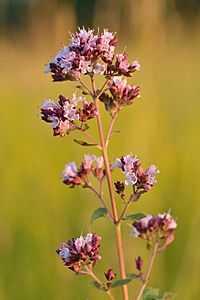 All content from Kiddle encyclopedia articles (including the article images and facts) can be freely used under Attribution-ShareAlike license, unless stated otherwise. Cite this article:
Lamiaceae Facts for Kids. Kiddle Encyclopedia.