Leven (Scottish Gaelic: Inbhir Lìobhann) is a seaside town in Fife, set in the east Central Lowlands of Scotland. It lies on the coast of the Firth of Forth at the mouth of the River Leven, 8.1 miles (13.0 km) north-east of the town of Kirkcaldy and 6.4 miles (10.3 km) east of Glenrothes.

According to an estimate taken in 2008, Leven has a population of 8,850. The town forms part of the Levenmouth conurbation which has a total population of 31,450. 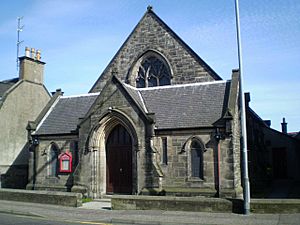 The origin of the name "Leven" comes from the Pictish word for "flood". The nearby Loch Leven, being the flood lake, was the name given to both the river and town. A settlement is believed to have formed at the mouth of the River Leven very close to the area around Scoonie Brae with the discovery of the parish church of "scoyne". During the mid-11th century, Bishop Tuadal of St Andrews gifted the church of "scoyne" to the Culdees of Loch Leven. By the end of the 11th century, the village along with the church were acquired by Bishop Robert of St Andrews following the decline of culdeen faith.

The first mention of the current town was made in the middle of the 15th century, according to two separate records referring to the town's name as "levynnis-mouth". This contained information about the urgent need for repair work at the town's monastery and Georgie Durie, a local estate owner, becoming the keeper at the harbour.

In 1854 the Leven Railway opened, linking the town with Thornton Junction on the Edinburgh - Aberdeen main line. This helped it to become a tourist resort popular with visitors from the west of Scotland, and particularly Glasgow. Later in the 19th century the Leven Railway became part of a loop line of the North British Railway linking Thornton Junction and Leuchars Junction via St Andrews. The railway between Leven and St. Andrews closed in 1965. The railway between Leven and Thornton Junction closed to freight in 1966 and passengers in 1969. A project into the reopening of the line is under consideration, dubbed the Leven rail link. Until then, the nearest station is Markinch railway station.

The ecclesiastical and civil parish of Scoonie included the town of Leven. 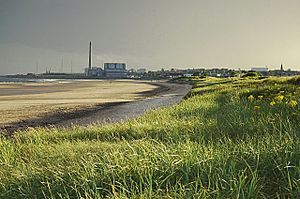 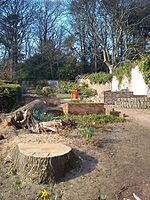 Tourism is a major economic activity in and around Leven. There are several large caravan parks in and around the town, as well as a number of hotels and guest houses. The neighbouring villages of Lundin Links and Lower Largo have over 50 high quality self-catering properties available for visitors.

The coast and the long sandy beaches are the main visitor draw. Leven has an attractive beach promenade with playparks and other facilities including an indoor Kids Action Zone. The promenade is part of the Fife Coastal Path that stretches for over 150 miles (240 km) from the Firth of Forth to the Firth of Tay. There are also popular family facilities and walks in the large parks at Letham Glen and Silverburn. The former includes a crafts centre and woodland walks, while the latter has attractive gardens and coastal views.

Golf is also a major draw with two courses at Scoonie and Leven Links and another within easy walking distance at Lundin Links. Leven Links has been used as a qualifying course for the Open Championship when it is held at St Andrews, the "home of golf" only 15 miles (24 km) to the north. There are also numerous bowls clubs in and around the town.

A heritage railway has also been established near the Burnmill industrial estate, along side the now disused Leven-Thornton branch line. With trains running along the yard for half a mile, between April and October with a Santa special in mid-December. The Fife Heritage Railway is the first of its kind in Fife since the closure of Lochty Private Railway in 1992. The railway completed it's first steam engine in August 2016.

Levenmouth Leisure Centre at the start of the promenade is an all-weather attraction with a large, modern indoor swimming pool and sports facilities. The town also boasts its own popular 374-seat, community run cinema, The Regent, which has ongoing programmes of new release feature films and hosts regular events, such as concerts and wrestling. History enthusiasts can find out about the area's past at the Heritage Centre in neighbouring Methil, only a 15-minute walk from Leven town centre.

The town centre is the main shopping centre for a wide area with a number of national chain supermarkets and retailers as well as award-winning independent local retailers. It also has a large number of restaurants and cafes.

All content from Kiddle encyclopedia articles (including the article images and facts) can be freely used under Attribution-ShareAlike license, unless stated otherwise. Cite this article:
Leven, Fife Facts for Kids. Kiddle Encyclopedia.