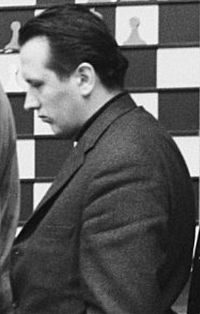 His final published rating from the international chess federation FIDE was 2293, although he had not been active for a number of years. At his peak, he was regarded as a strong grandmaster, competing for his nation at the top level and winning medals. He died in Budapest in 2014.

All content from Kiddle encyclopedia articles (including the article images and facts) can be freely used under Attribution-ShareAlike license, unless stated otherwise. Cite this article:
Levente Lengyel Facts for Kids. Kiddle Encyclopedia.