The FN Minimi, one of the most popular light machine guns among NATO countries. 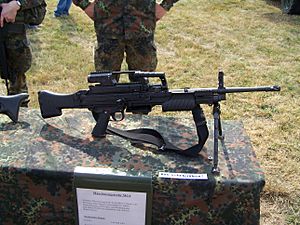 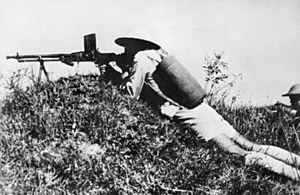 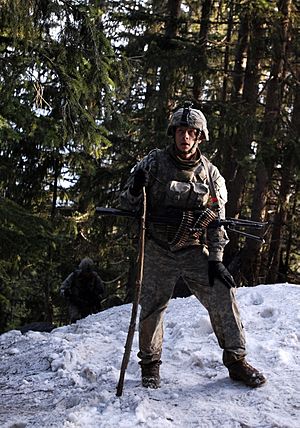 It is possible to fire a light machine gun from the hip, or on the move. This pins down the enemy. Marching fire relies on this. Otherwise, light machine guns are usually fired while lying down and using a bipod.

All content from Kiddle encyclopedia articles (including the article images and facts) can be freely used under Attribution-ShareAlike license, unless stated otherwise. Cite this article:
Light machine gun Facts for Kids. Kiddle Encyclopedia.