LoliRock is a French animated television series produced by Marathon Media and Zodiak Kids with the participation of France Télévisions and The Walt Disney Company France. It was created by Jean Louis-Vandestoc and written by Madellaine Paxson. It first aired in France on 18 October 2014 on France 3, and has expanded to television channels in Europe. It was also streamed on Netflix. As of 2021, the series streams on Amazon Prime Video and Netflix France and there is no announcement regarding a third season.

Iris is a sweet teenage girl who likes to sing and help others. However, when she sings, strange things happen. Encouraged by her best friend/crush Nathaniel, Iris auditions for a girl rock band, but ends up destroying the room and is later attacked by two strangers (twins Praxina and Mephisto). The judges at the audition, Talia and Auriana, come to help her, and they explain to her that she is actually a princess with magical powers who must save her kingdom of Ephedia, from the evil clutches of Gramorr, who has taken it over and turned it to a miserable place. The only way to save her kingdom is to master her new powers and to find the Oracle Gems of the Royal Crown of Ephedia, which have been scattered across the Earth. Over the course of the series, the three girls try to live as both ordinary teenagers as well as stars of the all-female band called “LoliRock” while training Iris to master her spells and powers in secret and gathering the gems. But when Gramorr sends twin siblings Praxina and Mephisto to fight them and summon monsters to cause chaos, the girls must work together as magical warrior princesses.

In season 2, the three girls are joined by two Ephedian girls called Carissa and Lyna who was a part of a group named the “Resistance”. They also transform into warrior princesses, but are not part of the rock band. The girls continue gathering Oracle Gems while helping those in need, but Gramorr and the evil twins continue to get stronger and more powerful as well. When the last oracle gem is collected, Iris faces the reality of having to say goodbye to her best friend/crush Nathaniel, and returning to Ephedia, but when Gramorr claims the final gem and is freed, the girls work together to face him in one final battle. 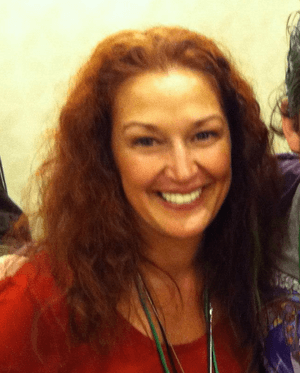 }} girl living in Sunny Bay; she has wavy blonde hair, fair skin, light blue eyes, pink lips and freckles. She is kind-hearted and willing to help everyone. She has a singing power that seems to enchant everything around her; this power is coveted by Gramorr. She has a crush on her childhood best friend, Nathaniel. After she meets Talia and Auriana, she discovers that she is the crown princess of Ephedia, a magical kingdom, and her duty is to find all the Oracle Gems of the Royal Crown and to reclaim the throne of Ephedia. When she transforms using a pendant, her hair turns rose pink and her clothes turn pink, and she has a heart symbol and a four-pointed star symbol. The production Tumblr said that she gets two symbols because she is in the royal family which rules the realm and the entire planet.

Character designer Bertrand Todesco initially considered Iris as having dark hair that would change to blonde in the transformation, but found that to be a cliché, and instead went with pop and girly colours like Katy Perry. Iris was based on actress Taylor Momsen from Gossip Girl, and the wardrobe was based on a picture of Blake Lively, also from Gossip Girl, in a green dress. He also cited British singer Pixie Lott as a reference.

The show premiered on France 3 on 18 October 2014. running for 13 episodes until March 2015. On 26 January 2016, Zodiak Kids published an article officially announcing that BatteryPOP had acquired AVOD (streaming) rights to LoliRock for one year.

On 1 April, France Televisions announced the release of episodes on France 4, and Disney France. Zodiak also reported that Italy would launch LoliRock on De Agostini Editore's Super! DTT channel. France 4 began broadcasting the 13 episodes on 4 April 2016. On 1 May, the first season of the series was released on Netflix, in the United States, Canada, United Kingdom and Australia.

The LoliRock producers pre-released the four episodes of season 2 on YouTube in December 2016. > Netflix released the English dub of the season 2 episodes on 5 January 2017. It was broadcast on France 4 in February with two episodes per weekday.

In the United States, the show premiered on the streaming service Netflix in 2016 with an English language track and the second season premiered on the service in 2017. In 2020, Amazon's Prime Video service acquired the show.

A LoliRock video game, available on iOS and Android, was released by Bulkypix in 2014. The game lets players sing to the songs featured on the show, record performances, and customise a sound studio and pick the girls' outfits.

All content from Kiddle encyclopedia articles (including the article images and facts) can be freely used under Attribution-ShareAlike license, unless stated otherwise. Cite this article:
LoliRock Facts for Kids. Kiddle Encyclopedia.