Longueville is a suburb on the Lower North Shore of Sydney, in the state of New South Wales, Australia 8 kilometres north-west of the Sydney central business district, in the local government area of the Municipality of Lane Cove.

Longueville is a small residential suburb on the peninsula between Tambourine Bay and Woodford Bay, on the banks of the Lane Cove River. Originally a home to manufacturing industries, the suburb had its beginnings as a residential area in the 1870s. Longueville was officially proclaimed a suburb in the 1920s.

Before settlement, Longueville was the home of the Cam-mer-ray-gal people of the Ku-ring-gai Aboriginal Tribe. Today the suburb is home to some of Australia's most expensive real estate, with the Sydney Morning Herald ranking it as Sydney's fourth most-expensive suburb. 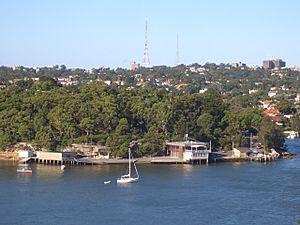 The area in which Longueville is was originally inhabited by the Cam-mer-ray-gal Group of the Ku-ring-gai Aboriginal Tribe. The group, which inhabited the north shore of Port Jackson, was one of the largest in the Sydney area.

In 1831, the area that is now Longueville became home to one of the earliest manufacturing industries, with Rupert Kirk's soap and factory. Longueville had its beginnings in the 1870s, and at the time encompassed the Lane Cove area, which in turn was then part of Willoughby. By 1884, there were just two houses in the area, owned by Joseph Palmer and Henry Lamb. Richard Hayes Harnett, a land speculator, later acquired some of the land and subdivided it into home sites. 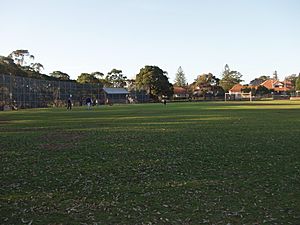 Longueville was officially proclaimed a suburb in the 1920s.

There is some conjecture about where the name Longueville originated, however a commonly held belief is that the suburb was named after French nobleman, the Duc de Longueville. The main streets are said to have been named after his three daughters, Christina, Lucretia and Arabella. A related theory is that the name bears a connection to the Château de Châteaudun which possesses both a Longueville wing and a Dunois wing, with Dunois being the name of one of the principal streets in Longueville. 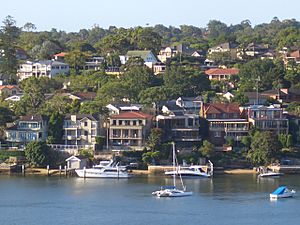 According to the Sydney Morning Herald, Longueville was ranked Sydney’s fourth most expensive suburb in 2014 with a median property price of $2.7 million having climbed from fifth most expensive at $2.35 Million in 2011, positioning it as one of Sydney's most prestigious suburbs. In the past few years, the suburb has seen many new homes being constructed and older houses undergoing extensive renovations. Norfolk Road holds the record for the highest sale price achieved at auction in the suburb. 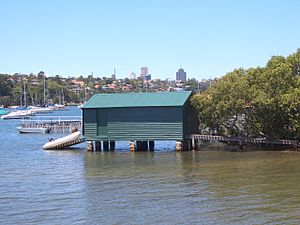 Longueville's population is typically indebted, with a median weekly household income of A$3,040, compared with A$1,234 in Australia. The most common types of occupation for employed persons were Professionals (44.3%), Managers (22.2%), and Clerical and Administrative Workers (14.4%). 89.5% of the suburbs occupied private dwellings were family households, 10% were lone person households and 0.5% were group households.

Notable former and current residents of Longueville include:

All content from Kiddle encyclopedia articles (including the article images and facts) can be freely used under Attribution-ShareAlike license, unless stated otherwise. Cite this article:
Longueville, New South Wales Facts for Kids. Kiddle Encyclopedia.