Looney's Pub is a Maryland-based chain of Irish sports-bars with four locations thought the state. Looney's is known for its fresh crab options in the form of pretzels, dips and crab cakes.

On May 4, 1912, President William Howard Taft visited downtown Bel Air, Maryland where he gave an informal speech at the Main Street Court House. Later, President Taft visited the Kenmore Inn, now home to Looney's Pub - Bel Air where he ate a "hasty sandwich" before heading South to Baltimore to give a speech. Looney's Pub - Canton, the first location was founded in 1993 by co-owners Bill Larney and Steve Litrenta. Looney's is one of the oldest bars in the Canton area. Looney's Pub - North, also known as Bel Air, was opened in the autumn of 2002 in downtown Bel Air, Maryland. In 2017, the Bel Air location began to seek approval from the Board of Appeals in Bel Air Town Hall to build a patio and outdoor bar along South Main Street. Previously, this location was doubled in size, by nearly 5,000 square feet, in 2007. Annually, this location has a workforce of approximately 125 people a year. In 2009, Looney's expanded to the Maple Lawn area of southern Howard County, Maryland. The newest location, in College Park, Maryland adjacent to the main campus of the University of Maryland, College Park in the Varsity Apartment Complex was opened in September 2011. This was the culmination of two years of planning and four months of construction. Looney's Pub - College Park is next door to celebrity chef Bobby Flay's new establishment, Bobby's Burger Palace.

Looney's has a large menu with several items with a Baltimore flavor including the local favorite Old Bay Seasoning. It is known for its Maryland cuisine, including variations of Chesapeake blue crab such as pretzels, dip, and Crab cakes, and fries with Old Bay Seasoning. Other menu options include American fare such as New York strip steaks, salads, hamburgers, and Buffalo wings. 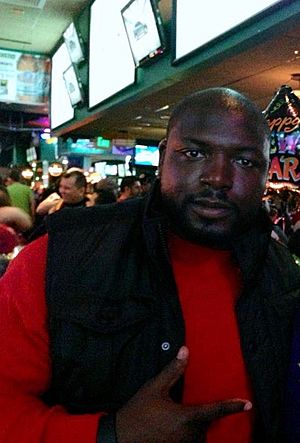 The Canton location has 24 draft beers and Looney's Pub- College Park has 18 draft beers, two of these rotate between of the Flying Dog, New Belgium, and a variety of macro-brews.

Looney's pub is a popular hang out for Happy hour and for Ravens and Orioles games. For locations between Baltimore and Washington, D.C., Looney's - Maple Lawn and College Park, large numbers of fans from each city gather at the sports bar. Game days where both local teams (National Football League and Major League Baseball) are playing, known as the "Battle of the Beltway" or the Beltway Series are among the busiest days of the year. Local teams with large numbers of fans include the Ravens, Redskins, Orioles, Nationals, Capitals, and the Maryland Terrapins. Looney's is a frequented establishment for watching the NCAA March madness tournament.

Looney's Pub is known for its support of local artists. Every location has a bar, stage, and patio with live music in the form of singers, bands, and DJs playing almost daily. Musicians who have performed at Looney's include the Amish Outlaws, Kristin and the Noise, and Grace Davina.

On August 29, 2012, in honor of Patrick "Scunny" McCusker, founder of the popular Canton restaurant Nacho Mama's who passed away in a bicycle accident in Ocean City, Maryland, Looney's hosted a fundraiser at all four locations for the Believe in Tomorrow Children's Foundation, donating 30 percent of all sales to McCusker's favorite charity.

In April 2016, Looney's Pub - Bel Air held an all-day Fallen Heroes Benefit Concert for two Harford County Sheriff's Office deputies, Senior Deputy Patrick Dailey and Deputy First Class Mark Logsdon who both passed away as the result of a shooting in Abingdon, Maryland on February 10, 2016. Co-owner Bill Larney remarked that thirty bands volunteered to perform in the two outdoor tents and three stages. Due to capacity concerns, Looneys had to turn away at least sixty other bands. The benefit concert raised $140,000 for the Sheriff's Office Benevolent Fund through an entrance fee, silent auctions, raffles, and children's events.

For the month of May 2017, Looney's Pub - Canton was one of ten partnering Maryland restaurants to raise money for Brigance Brigade Foundation's second annual "ALS Bites!" Campaign. This campaign established by former Baltimore Ravens player O. J. Brigance and his wife Chanda Brigance raises awareness and funds to help encourage and empower people with Amyotrophic lateral sclerosis, also known as Lou Gehrig’s disease. As part one of the partners, Looney's Pub - Canton donated proceeds for purchases of O.J. Crushes and the "Brigance" Stake & Crab Sandwich.

In November 2017, actor Josh Kelly and Brent Connor hosted an American Idol style fundraising event for the Casey Cares Foundation at Looney's Pub - Maple Lawn. Funds were raised from ticket sales and an auction which included sports memorabilia from the Ravens and Orioles, such as a signed Ray Lewis photograph.

Councilwoman Christine Nagle (Dist. 1) was wary of the opening of the College park location, noting that in her opinion there is "an emphasis on drinking" Patrick Wojahn of the College Park city council expressed concerns over lack of parking for the College Park location. These were somewhat assuaged with Litrenta's announcement that Looney's would operate a shuttle service to carry patrons to and from the restaurant similar to the service provided at its other locations.

The Canton location was shutdown for two days by the Baltimore City Health Department for multiple health code violations. Co-Owner Bill Larney responded to inquires that all issues "[have] been taken care of..." remarking that they were the first issues in 23 years.

All content from Kiddle encyclopedia articles (including the article images and facts) can be freely used under Attribution-ShareAlike license, unless stated otherwise. Cite this article:
Looney's Pub Facts for Kids. Kiddle Encyclopedia.