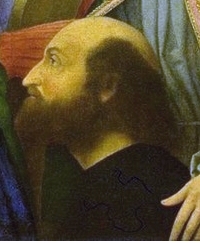 Ludovico Ariosto (Reggio Emilia, 8 September 1474 – Ferrara 6 July 1533) was an Italian poet. He is best known as the author of the romance epic Orlando Furioso (1516). The poem is a continuation of Matteo Maria Boiardo's Orlando Innamorato. It tells about the adventures of Charlemagne, Orlando, and the Franks as they fight the Saracens with diversions into many side plots. Ariosto composed the poem in the ottava rima rhyme scheme and introduced narrative commentary throughout the work.

Ariosto spent the greater part of his life at Ferrara including many years in the service of Cardinal Ippolito d'Este and then of Duke Alfonso I. His poem Orlando Furioso is designed to exalt the Este family; in its final form it was first published in 1532. It is the greatest of the Italian romantic epics. Ariosto also wrote lyric poetry in Italian and Latin, some satires and four comedies.

All content from Kiddle encyclopedia articles (including the article images and facts) can be freely used under Attribution-ShareAlike license, unless stated otherwise. Cite this article:
Ludovico Ariosto Facts for Kids. Kiddle Encyclopedia.