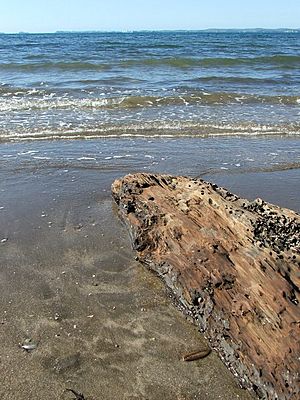 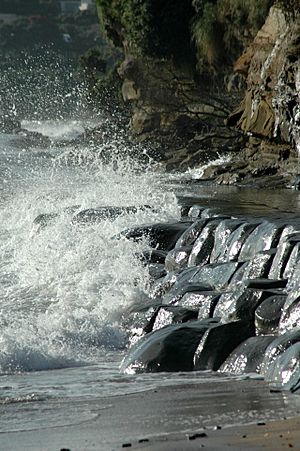 Mairangi Bay, a suburb on the North Shore, lies across the Waitemata Harbour from Auckland in New Zealand.

Mairangi Bay came under the local governance of the North Shore City Council until subsumed into the Auckland Council in 2010. The population was 5,277 in the 2006 Census, an increase of 501 from 2001.

The Bay's beach itself has, along with adjacent Murrays and Campbells Bays, undergone civil works projects since 2004 to improve stormwater management.

All content from Kiddle encyclopedia articles (including the article images and facts) can be freely used under Attribution-ShareAlike license, unless stated otherwise. Cite this article:
Mairangi Bay Facts for Kids. Kiddle Encyclopedia.