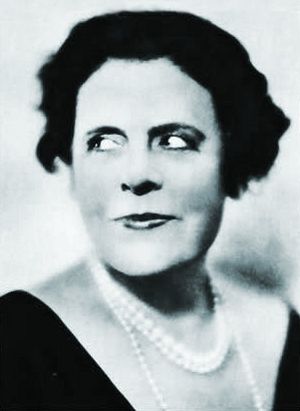 Dressler in the magazine Photoplay in 1930

Leila Marie Koerber (or Marie Dressler; November 9, 1868 - July 28, 1934) was a Canadian and American actress. She acted in lots of movies and on stage. Her many movies include Tillie's Punctured Romance (1914), Min and Bill (1930). She won an Academy Award for Best Supporting Actress for the latter. She was born in Ontario.

Dressler died of cancer at age 65.

All content from Kiddle encyclopedia articles (including the article images and facts) can be freely used under Attribution-ShareAlike license, unless stated otherwise. Cite this article:
Marie Dressler Facts for Kids. Kiddle Encyclopedia.