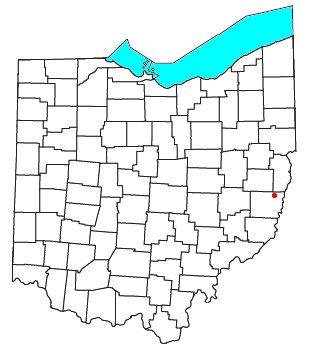 Maynard is an unincorporated community located in western Colerain Township, Belmont County, Ohio, United States, along Wheeling Creek. Although it is unincorporated, it has a post office, with the ZIP code of 43937. Maynard is part of the Wheeling, WV-OH Metropolitan Statistical Area. The community is near the border with Wheeling Township and its sister community of Blainesville. Maynard is a part of the St. Clairsville-Richland City School District.

The origin of the name of Maynard is speculated toward Tennessee Representative Horace Maynard.

Upon Maynard's growth from the late 1880s through the early 1910s, the community became a small bustling village within its valley perimeters. In 1916, statistics show Maynard to have approximately 1,588 adults and 259 children members at St. Stanislaus Catholic Church and school. As with most small towns around Belmont County, Ohio, a cultural identity encompassed the communal environment. Nearly one hundred years ago within Maynard alone, seven languages were commonly spoken including English, Polish, Slavish, German, French, Italian, and Hungarian; the predominate languages being English and Polish.

Maynard is also accredited for being the first town in Belmont County to have a bowling alley.

All content from Kiddle encyclopedia articles (including the article images and facts) can be freely used under Attribution-ShareAlike license, unless stated otherwise. Cite this article:
Maynard, Ohio Facts for Kids. Kiddle Encyclopedia.