Mayor of Boston facts for kids 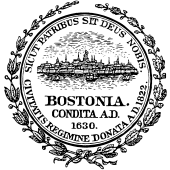 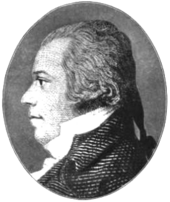 The first Mayor of Boston

The Mayor of Boston is the head of the municipal government in Boston. Boston has a mayor-council system of government. The mayor's office is in Boston City Hall, in Government Center. The current mayor is Martin J. "Marty" Walsh.

Prior to 1822, there was no Mayor of Boston, because Boston was incorporated as a town. In Massachusetts, a town is typically governed by a town meeting, with a board of selectmen handling regular business. Boston was the first community in Massachusetts to receive a city charter, which was granted in 1822.

Under the terms of the new charter, the mayor was elected annually. In 1908, the Republican-controlled state legislature enacted charter changes it hoped would dampen the rising power of Democratic Irish Americans. These included extending the mayoral term to four years, and making the post formally non-partisan. The reforms did not work: the first mayor elected under the new charter was Democrat John "Honey Fitz" Fitzgerald, and every mayor since 1930, and all but one mayor since 1902, has been known to be a Democrat.

In a bid to temper the rising power of James Michael Curley, the state legislature in 1918 passed legislation forbidding city mayors from serving consecutive terms in office; consequently, none of Curley's four terms in office are consecutive. This law was repealed in 1938, after Curley's political career appeared to be in decline. Another charter change was enacted in 1949, partly in response to Curley's fourth term, during which he served prison time for crimes committed in an earlier term. Because of this change, one term was shortened to two years; it was the first term of John B. Hynes (1950-52).

All content from Kiddle encyclopedia articles (including the article images and facts) can be freely used under Attribution-ShareAlike license, unless stated otherwise. Cite this article:
Mayor of Boston Facts for Kids. Kiddle Encyclopedia.