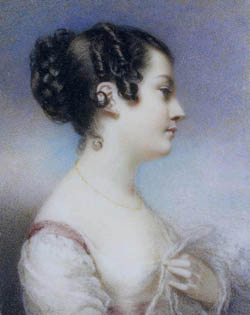 McCrae Homestead is an historic property located in McCrae, Victoria, Australia. It was built at the foot of Arthurs Seat, a small mountain, near the shores of Port Phillip in 1844 by Andrew McCrae, a lawyer, and his wife Georgiana Huntly McCrae, a portrait artist of note. The homestead is under the care of the National Trust of Australia, and is open to the public. Volunteers who are knowledgeable about the history of the house conduct tours and answer questions.

One of Victoria's oldest homesteads, it illustrates how early pioneers used whatever they found locally to build houses and farms using primitive construction techniques. The walls of the house are made of horizontal drop slab cut from local timbers including stringybark from the top of the mountain. Tuck, who was employed by the McCraes and assisted by the older boys of the family, used wattle and daub, bark, messmate shingles and sods as well as slabs and squared logs.

Georgiana designed the house and each detail such as the Count Rumford fireplace. The three thousand bricks necessary to build it were sent down the Bay from Williamstown to Arthurs Seat on the Jemima, a small sailing boat. The house is small but well thought out with a separate kitchen as was common at that time to prevent fires. A floorplan drawn up by Georgiana in 1850 exactly reflects the present layout of the homestead with a small addition being done on the side of the house in the 20th century.

All content from Kiddle encyclopedia articles (including the article images and facts) can be freely used under Attribution-ShareAlike license, unless stated otherwise. Cite this article:
McCrae Homestead Facts for Kids. Kiddle Encyclopedia.