Melissa Gilbert (born May 8, 1964) is an American actress and writer. She is famous for acting as Laura Ingalls Wilder in Little House on the Prairie (1974-1984). She has also acted in many other television programs and movies. Gilbert had two terms as president of the Screen Actors Guild. On June 9, 2009 her autobiography, Prairie Tale: A Memoir, was released.

For her contribution to the television industry, Gilbert has a star on the Hollywood Walk of Fame at 6429 Hollywood Blvd in 1985. Her then-fiance, Rob Lowe, was with her when her star was unveiled. She is one of the youngest actresses to have been honored with a star.

On August 10, 2015, Gilbert announced her intentions to run for Michigan's 8th congressional district. She will be opposing Republican incumbent Mike Bishop. 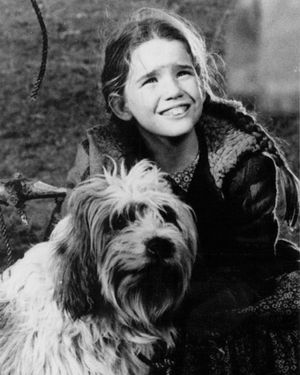 Gilbert as Laura Ingalls, circa 1975 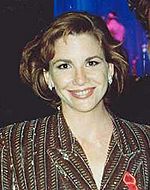 Gilbert at the 1991 Emmy Awards

All content from Kiddle encyclopedia articles (including the article images and facts) can be freely used under Attribution-ShareAlike license, unless stated otherwise. Cite this article:
Melissa Gilbert Facts for Kids. Kiddle Encyclopedia.