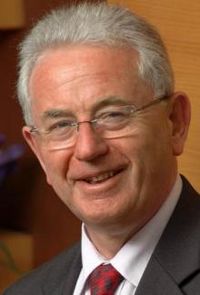 Sir Michael John Cullen KNZM (born 5 February 1945) is a British-born New Zealand Labour politician and historian. He held key job positions during the Helen Clark cabinet such as Deputy Prime Minister of New Zealand from 2002 to 2008.

Cullen was born in London. His family emigrated to New Zealand in 1955 where he was raised in Christchurch. He studied at the University of Canterbury and University of Edinburgh. 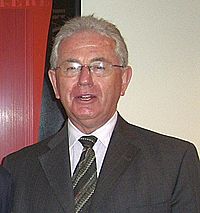 In 1981, he was elected to the New Zealand Parliament.

He was the Deputy Leader of the Labour Party from 1996 until November 2008, when he resigned following a defeat in the general election.

Cullen identifies as a social democrat.

In 1967, he married Rowena Joy Knight. They divorced in 1989. That same year, he married then-MP Anne Fraser.

Cullen became a naturalized New Zealand citizen in 1975. In 2012, Cullen was appointed Knight Companion of the New Zealand Order of Merit.

In March 2020, Cullen was diagnosed with terminal lung cancer which had spread to his liver.

All content from Kiddle encyclopedia articles (including the article images and facts) can be freely used under Attribution-ShareAlike license, unless stated otherwise. Cite this article:
Michael Cullen (politician) Facts for Kids. Kiddle Encyclopedia.