The area is served as United States Postal Service ZIP code 07946. Other communities in Long Hill Township include Gillette, Stirling, and the hamlet of Meyersville.

It borders the southern side of the Great Swamp National Wildlife Refuge with access to Lord Stirling Park. The Passaic River forms its western and southern border. The Raptor Trust, a famous bird rehabilitation and education center within the Great Swamp is also inside the town limits.

Clover Hill Swimming Club was located there. It lost a 1966 civil rights case.

Garden State Fireworks, founded in 1890, is located there.

Millington Savings Bank started as Millington Building and Loan in 1911 in the town and has grown to other branches in the area.

Students in public school attend the Long Hill Township School System for grades K-8 and attend Watchung Hills Regional High School in Somerset County for grades 9-12. Millington School is the only active school still located in the town. It houses grades 2-5 and had an enrollment of 505 students as of the 2005-06 school year.

The Town Hall used to be used as the old school house of the town, originally built in the 19th century. 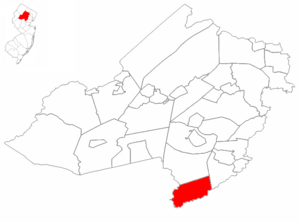 Millington is on the north west side of Long Hill Township

People who were born in, residents of, or otherwise closely associated with Millington include:

All content from Kiddle encyclopedia articles (including the article images and facts) can be freely used under Attribution-ShareAlike license, unless stated otherwise. Cite this article:
Millington, New Jersey Facts for Kids. Kiddle Encyclopedia.