Milton is a town in Cabell County, West Virginia, United States. The population was 2,423 at the 2010 census.

Milton is a part of the Huntington-Ashland, WV-KY-OH Metropolitan Statistical Area (MSA). 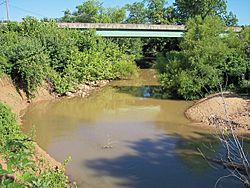 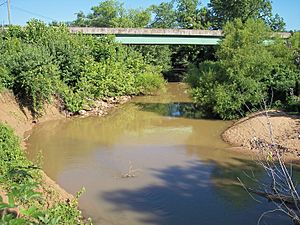 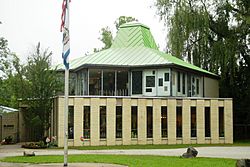 The Blenko Glass Visitor Center in 2006

Milton is noted for the historic Mud River Covered Bridge across the nearby Mud River. In 2002, the covered bridge was moved to nearby Pumpkin Park. It was listed on the National Register of Historic Places in 1975. The town is also known for Blenko Glass, which is across the street from Pumpkin Park.

The Mountaineer Opry House features bluegrass music on Saturday nights. Milton also has an extensive Flea Market covering a couple of acres (including parking) with both indoor and outdoor stalls.

The former Morris Memorial Hospital for Crippled Children was listed on the National Register of Historic Places in 2013.

All content from Kiddle encyclopedia articles (including the article images and facts) can be freely used under Attribution-ShareAlike license, unless stated otherwise. Cite this article:
Milton, West Virginia Facts for Kids. Kiddle Encyclopedia.