Miriam Roth (Hebrew: מרים רות; January 16, 1910 – November 13, 2005) was a preeminent pioneer of Israeli preschool education, author and scholar of children's literature, with a long career as a kindergarten teacher and educator. Many of the children's books she wrote became Israeli best-selling classics.

Miriam Roth was born in 1910 to Helén (Hella, Linka) and Jenő (Yaakov) Roth. She was born in the Austro-Hungarian town of Érsekújvár, now Nové Zámky, where the main language at the time was Hungarian, and which later became part of Czechoslovakia and then Slovakia. Her father, who had fought in World War I, was the principal of the town's Jewish elementary school. She studied psychology and earned a bachelor's degree in pedagogy and natural sciences at Masaryk University.

Roth was a leading member in the Socialist-Zionist Hashomer Hatzair youth movement from an early age. In 1931 she immigrated to Palestine without her family. There, she studied at the Seminar HaKibbutzim Teachers College in Tel Aviv, and at the Hebrew University in Jerusalem. In 1937, Roth was one of the founders of Kibbutz Sha'ar HaGolan, in what was then Mandatory Palestine, where she worked as a kindergarten teacher and lived for many years.

During the Holocaust, her parents, two sisters, and two young nieces who were still in Europe were sent to Auschwitz, and none survived. During the 1947–1949 Palestine war, the Syrian army captured her kibbutz and, as she recalled, "the Arabs burned Sha'ar Hagolan and my personal archive was burned and I lost all the letters and family photographs that I'd received."

In 1960, Roth went to New York to study at the Bank Street College of Education, and later, she earned a master's degree in education from Teachers College, Columbia University, in New York, and an MA in pedagogy from City College of New York.

Roth was married to Pesach Ivry, who died in 1978. The couple had three sons, 14 grandchildren, and 18 great-grandchildren. Her middle son Adam Ivry lives in Sha'ar Hagolan. In 1991, her youngest son, Yaakov, a 45-year-old father of four, drowned in a diving accident in Sinai. Her eldest son, Eitan, died of a heart attack in 2001.

In 2005, she was reunited with a long-lost relative. Her cousin Alfréd (Ali) Aladár Neuwald, who had survived the Holocaust, had lost touch with Roth, but his daughter, Ruth Neuwald Falcon, a documentary filmmaker in Seattle, searched the computer database of Jerusalem's Yad Vashem and learned that her mother's family had died at Auschwitz, but also discovered information that led her to find and re-connect with Roth. 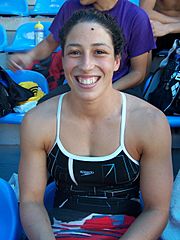 Many parents do not know how to handle their children. They have not learned the laws governing a child's development and are not familiar with his needs. It seems that ‘parenting’, too, is a profession that must be taught.

"A Tale of Five Balloons" was inspired by her experience comforting her own children, after the balloons she would bring them would eventually burst. Roth was revolutionary, in that she created a new literary genre focused on children's emotions and experiences, instead of on collective themes.

Roth's philosophy was that:

"Excellent literature educates. Not by morals patched and an ‘educational’ finger wagged. What makes it ‘educational’ is its deep human content, offered in an excellent artistic form. Children learn a lesson from the fate of others, expand their view of the world, improve their language, enrich their ability for expression, and upgrade their ability of moral judgement."

In the Israeli city of Holon, a sculpture of an enormous corncob next to a weathervane inspired by Roth's "Corn on the Cob" was installed in the Tel Giborim neighborhood.

Roth was awarded the Ze`ev Prize for Lifetime Achievement in 1990, the UNICEF Smile Award (for "A Tale of Five Balloons") in 1998, and the Bialik Prize in 2002.

All content from Kiddle encyclopedia articles (including the article images and facts) can be freely used under Attribution-ShareAlike license, unless stated otherwise. Cite this article:
Miriam Roth Facts for Kids. Kiddle Encyclopedia.