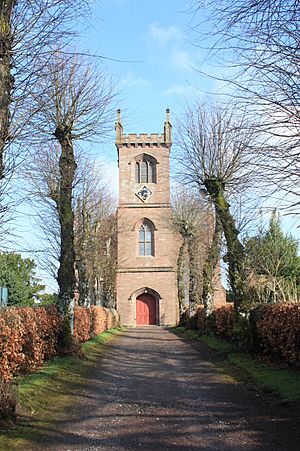 Muthill, pronounced is a village in Perth and Kinross, Perthshire, Scotland. The name possibly derives from Moot hill, a place of judgement.

The village lies 3 miles (5 kilometres) south of Crieff, just west of the former railway line connecting Crieff with Gleneagles. The line closed between the two points on July 6, 1964 as part of the Beeching cuts.

The ancient village was once an important religious centre and the site of a Celí Dé monastery. The church here also served for a time as a seat of the Bishops of Strathearn (later Dunblane) before the building of the cathedral at Dunblane in the 13th century. 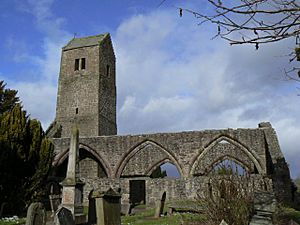 The village was largely destroyed in the 1715–1716 Jacobite rising, by Jacobite troops retiring after their defeat at the Battle of Sheriffmuir, being rebuilt in the 1740s as it lay on the route of General Wade's military road through Strathearn. 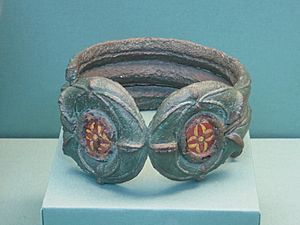 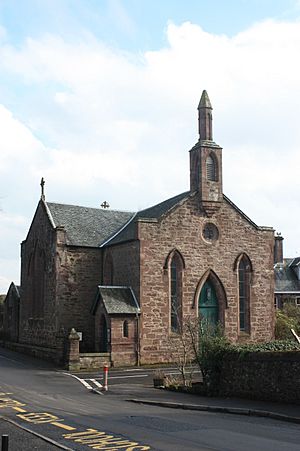 There are over a hundred listed buildings in the village. The kirkyard at the centre of the small town contains the ruins of an important 15th-century parish church, which incorporates an 11th-century bell-tower (originally free-standing, and comparable to, though on a smaller scale than, that incorporated into Dunblane Cathedral), built on the orders of Michael Ochiltree, Bishop of Dunblane (in the care of Historic Scotland; no entrance charge). This is almost the only visible reminder of the ancient village. An early Christian cross-slab (perhaps 10th-11th century) and a damaged 13th-century double effigy of an Earl and Countess of Strathearn (formerly within the choir of the church) are preserved within the tower.

St James Episcopal Church dates from 1836 and is designed by R & R Dickson.

Muthill Parish church dates from 1826 and is by James Gillespie Graham.

Muthill has a Primary School but there is no secondary school.

In 2011, Muthill embarked upon a Community Action Plan exercise to explore how people envisaged the development of the village.

All content from Kiddle encyclopedia articles (including the article images and facts) can be freely used under Attribution-ShareAlike license, unless stated otherwise. Cite this article:
Muthill Facts for Kids. Kiddle Encyclopedia.