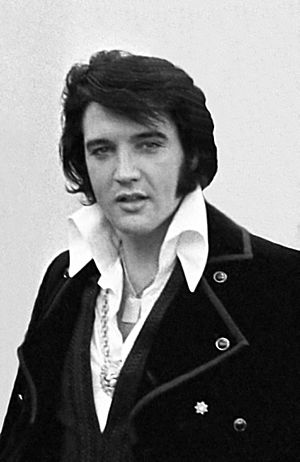 The NME Awards is a yearly music awards show in the United Kingdom. It was started by the music magazine, NME (New Musical Express). The first awards show was held in 1953.

At first it was called the NME Poll Winners Concerts. These continued through until 1972. The Beatles and The Rolling Stones were most commonly featured.

The awards began again in 1994 as the NME Brat Awards. This was a pun on the BRIT Awards.

All content from Kiddle encyclopedia articles (including the article images and facts) can be freely used under Attribution-ShareAlike license, unless stated otherwise. Cite this article:
NME Awards Facts for Kids. Kiddle Encyclopedia.