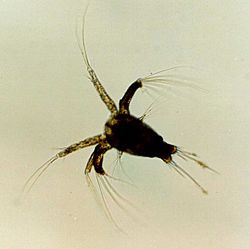 Nauplius larva of a prawn 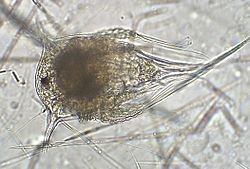 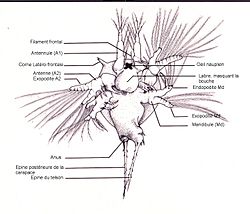 A nauplius (plural: nauplii) is the first larval form of most crustacea. It develops from the egg, and may be followed by later stages before the adult form is reached. In some groups there can be as many as nine larval stages. Sometimes the nauplius stage is passed through in the egg, and then a later stage emerges from the egg.

All content from Kiddle encyclopedia articles (including the article images and facts) can be freely used under Attribution-ShareAlike license, unless stated otherwise. Cite this article:
Nauplius Facts for Kids. Kiddle Encyclopedia.