North Brookfield is a town in Worcester County, Massachusetts, United States. The population was 4,735 at the 2020 census.

North Brookfield was first settled in 1664 and was officially incorporated in 1812, splitting from neighboring Brookfield.

The town's lands were formerly a part of the Quaboag Plantation. 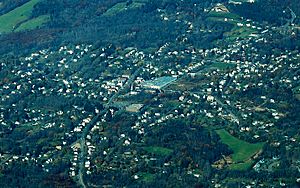 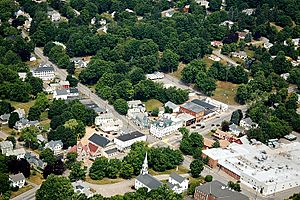 There are two public schools in North Brookfield, North Brookfield Elementary School, serving grades K–6, and North Brookfield Junior-Senior High School. The school system is one of the smallest in the region, as almost all nearby towns of similar size joined regional districts.

All content from Kiddle encyclopedia articles (including the article images and facts) can be freely used under Attribution-ShareAlike license, unless stated otherwise. Cite this article:
North Brookfield, Massachusetts Facts for Kids. Kiddle Encyclopedia.