The Polish Institute and Sikorski Museum (Polish: Instytut Polski i Muzeum im. Gen. Sikorskiego), known as Sikorski Institute, named after General Władysław Sikorski, is a leading London-based museum and archive for research into Poland during World War II and the Polish diaspora. It is a non-governmental organisation managed by scholars from the Polish community in the United Kingdom, housed at 20 Prince's Gate in West London, in a Grade II listed terrace on Kensington Road facing Hyde Park. It is incidentally part of the same Victorian development by Charles James Freake as the nearby Polish Hearth Club. Although the Institute is closer to the commercial centres of Kensington, it is just within the City of Westminster. In 1988 it merged with the formerly independent Polish Underground Movement (1939-1945) Study Trust - (Polish: Studium Polski Podziemnej w Londynie). 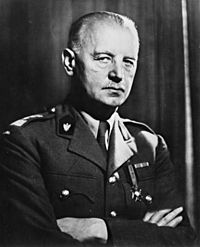 It was created immediately on the conclusion of the Second World War, on 2 May 1945, to preserve the memory of the Polish Underground State in Occupied Poland, its links to the Polish government-in-exile initially in France then in London, the Polish armed forces in the West and their contribution to World War II. At that time the communist takeover of Poland made it hazardous if not impossible for many exiled Polish ex-servicemen and civilians to return to their native country, after one third of Poland's territory was ceded to the Soviet Union under the Yalta Accords and the native Polish civilian population killed or forcibly deported. It is also a research centre and museum and publisher of historical issues which were either banned or censored in the then People's Republic of Poland.

The Institute has conserved historical records, including witness records from the Warsaw Uprising in 1944, documents, regimental colours, military medals, uniforms, insignia, works of art, a library and many personal effects which had once belonged to Polish statesmen, diplomats, academics, military leaders and ordinary men and women. The Institute's unrivalled film and photographic archive of over 5,000 photographs was digitised by Karta during 2005-6 and is available in Poland for exhibitions and educational initiatives. Around 2006 the Institute received a chance find of 2,000 photographs taken by photographer Jan Markiewicz of the early Polish community in 1950s South London, which a passer-by retrieved from a skip in Brixton. 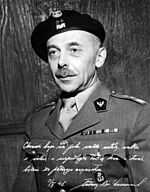 Founded in 1948, by a group of veterans led by general Tadeusz Bór-Komorowski the Polish Underground Movement (1939-1945) Study Trust - Studium Polski Podziemnej w Londynie, known as the Studium, amalgamated with the Institute in 1988. Although it lost its separate legal status, it was granted internal autonomy to carry out its own research and publications from its base in Ealing.

The Institute and Sikorski Museum is divided into the following departments and sections:

The Institute is governed by a Council which elects the Executive Committee from among its members who run the day to day business of the Institute. The Chairman heads the Council and Executive Committee. Membership consists of Honorary Members (nominated by the AGM), Full Members chosen by the Council, Life Members by single donation and annual Members. 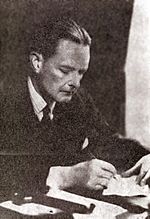 Since its inception the Institute has had six chairmen:

The museum is open from Tuesday to Friday (2pm to 4pm) and on the first Saturday of the month (10:30am to 4pm). Free guided tours in either English or Polish are available during opening hours. The closest London Underground access is South Kensington tube station. There are buses from Kensington High Street or Knightsbridge, on routes: 9, 14, 27, 70, 74, 430, C1.

All content from Kiddle encyclopedia articles (including the article images and facts) can be freely used under Attribution-ShareAlike license, unless stated otherwise. Cite this article:
Polish Institute and Sikorski Museum Facts for Kids. Kiddle Encyclopedia.