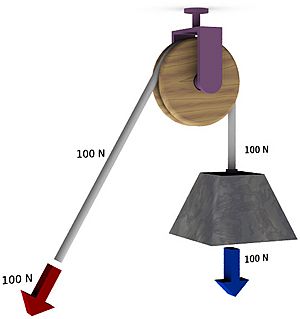 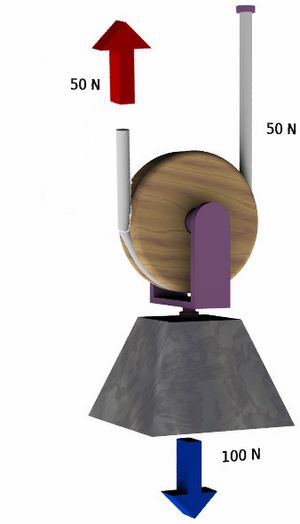 A pulley is a simple machine that is used to lift heavy objects. Block and tackle system is a modified form of a pulley. Pulleys are usually used in sets designed to make the amount of force needed to lift something smaller.

Pulleys are useful in construction sites.

All content from Kiddle encyclopedia articles (including the article images and facts) can be freely used under Attribution-ShareAlike license, unless stated otherwise. Cite this article:
Pulley Facts for Kids. Kiddle Encyclopedia.