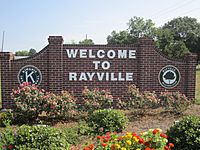 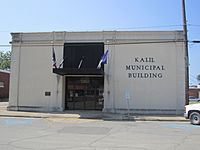 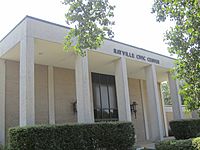 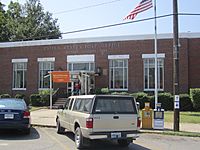 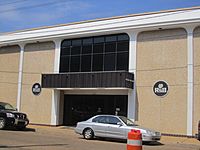 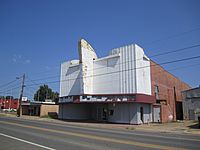 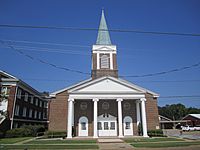 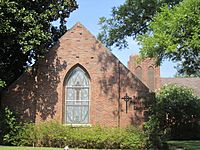 Rayville is a town in and the parish seat of Richland Parish in northeastern Louisiana, United States. The population, which is 69 percent African American, was 4,234 at the 2000 census, but it had declined by nearly 13 percent in 2010 to 3,695.

Rayville is the home of Palmetto Addiction Recovery Center. City Hall, located next to the U.S. Post Office across from U.S. Highway 80, is named for former Rayville Mayor Joe Kalil (1922–1996).

There were 1,504 households out of which 36.6% had children under the age of 18 living with them, 28.5% were married couples living together, 34.3% had a female householder with no husband present, and 33.2% were non-families. 30.1% of all households were made up of individuals and 14.7% had someone living alone who was 65 years of age or older. The average household size was 2.65 and the average family size was 3.32.

James "Terry" Watson (born c. 1971), a native of Holly Ridge in Richland Parish, was an agent for thirteen years of the United States Drug Enforcement Administration. On June 20, 2013, he was murdered by a gang during an armed robbery in Bogota, Colombia. His funeral at the Richland Arts Center in Rayville drew dozens of law-enforcement officers, including from Washington, D.C., United States Attorney General Eric Holder and DEA Administrator Michele Leonhart.

"It's an honor to join this community in paying tribute — and our last respects — to a brave public servant who devoted his life to helping those around him; a patriot who never hesitated to incur great risks and face grave dangers in order to protect the country he loved; and a hero who was taken from us far too suddenly and far too soon," said Holder.

Holder noted that Watson volunteered for the most dangerous missions. Fellow agents Frank Tarentino, Phil Welcome, and Scott Rowan told stories of the heroism of their friend, who served in more than a half dozen countries. He made three tours of duty in Afghanistan, including Farah Province in June 2009, where he had demonstrated particular heroism. Leonhart said that Watson's "finest virtues — integrity, humility, loyalty — helped him succeed throughout his career and life itself."

Watson graduated from Holly Ridge High School and later procured a criminal justice degree from the University of Louisiana at Monroe, then known as Northeast Louisiana University. He served in the Louisiana National Guard and in 1989 began his law enforcement career with the sheriff's office in Richland Parish, where he became a narcotics investigator. Watson then joined the U.S. Marshal's service, and c. 2000 the DEA. He is survived by his parents, a brother, three nephews, and his wife, the former Fadia Margarita de la Rosa, whom he had recently married in Cartagena, Colombia. He is interred at McKnight Cemetery in Holly Ridge.

All content from Kiddle encyclopedia articles (including the article images and facts) can be freely used under Attribution-ShareAlike license, unless stated otherwise. Cite this article:
Rayville, Louisiana Facts for Kids. Kiddle Encyclopedia.