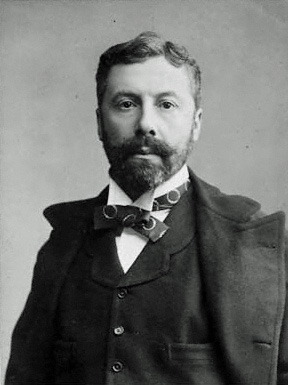 Richard D'Oyly Carte (3 May 1844 – 3 April 1901) was an English talent agent, theatrical impresario, composer and hotelier during the second half of the Victorian era.

From humble beginnings, Carte built two of London's theatres and a hotel empire. He established an opera company that ran for over a hundred years, and a management agency for some of the most important artists of the day.

He built the Savoy Theatre and helped Gilbert & Sullivan to become famous.

All content from Kiddle encyclopedia articles (including the article images and facts) can be freely used under Attribution-ShareAlike license, unless stated otherwise. Cite this article:
Richard D'Oyly Carte Facts for Kids. Kiddle Encyclopedia.