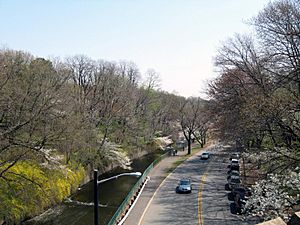 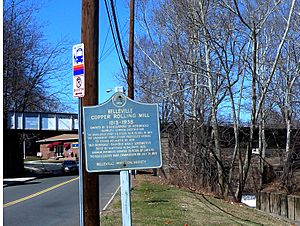 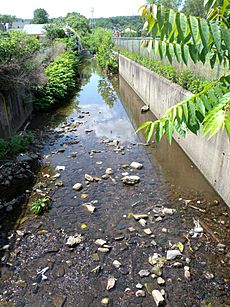 The Second River, or Watsessing River, in the state of New Jersey in the United States, is the second main tributary of the Passaic River encountered while travelling upstream from its mouth at Newark Bay.

From its source in West Orange to the Passaic, it is approximately 5 mi (8 km) long.

After leaving Bloomfield, it enters the town of Belleville (which was, early in its history, also named "Second River"), and turns slightly to the south (though still generally easterly). Soon into Belleville, it forms the border between Belleville and Newark. Finally, it joins the Passaic River, on its way to Newark Bay.

In the 19th and early 20th centuries, the Second River supported a sizable industrial complex of mills and factories.

The Reformed Dutch Church of Second River is named after this river.

All content from Kiddle encyclopedia articles (including the article images and facts) can be freely used under Attribution-ShareAlike license, unless stated otherwise. Cite this article:
Second River (New Jersey) Facts for Kids. Kiddle Encyclopedia.