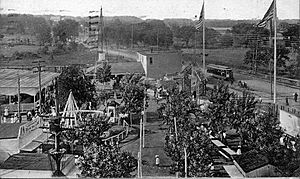 Originally known as "Second River" or "Washington", the inhabitants renamed the settlement "Belleville" in 1797. Belleville was originally incorporated as a township by an act of the New Jersey Legislature on April 8, 1839, from portions of Bloomfield. Portions of the township were taken to create Woodside Township (March 24, 1869, now defunct) and Franklin Township (February 18, 1874, now known as Nutley). The independent municipality of Belleville city was created within the township on March 27, 1874, and was dissolved on February 22, 1876. On November 16, 1910, Belleville was reincorporated as a town, based on the results of a referendum held eight days earlier.

Frankie Valli and the band The Four Seasons formed in Belleville.

Silver Lake (2010 total population of 4,243) is an unincorporated community and census-designated place (CDP) defined by the United States Census Bureau as of the 2010 Census that is split between Belleville (with 3,769 of the CDP's residents) and Bloomfield (474 of the total).

Other unincorporated communities, localities and place names located partially or completely within the township include Belwood, Big Tree and Soho.

The Second River forms much of the border between Belleville and Newark as it runs through Branch Brook Park.

The township of Belleville has given itself the nickname the Cherry Blossom Capital of America, with an annual display that is larger than the famed Tidal Basin in Washington, D.C., site of the National Cherry Blossom Festival.

Route 7 and New Jersey Route 21 as well as County Route 506 all pass through Belleville. The Belleville Turnpike Bridge (also known as the Rutgers Street Bridge) crosses the Passaic River, connecting Belleville to North Arlington. The bridge was formally renamed on July 4, 2013, as the "Lance Corporal Osbrany Montes de Oca Memorial Bridge" in memory of a United States Marine Corps soldier killed in February 2012 while serving in Afghanistan.

Until 1966, the Newark Branch of the Erie-Lackawanna Railroad (EL) provided stations at Belleville and Cleveland Street. The New York and Greenwood Lake Railway, later the Boonton Line, also served the township. 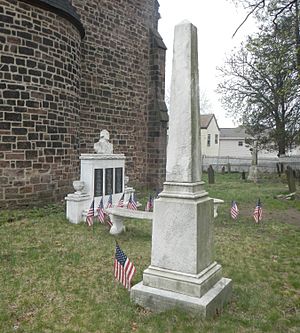 On June 18, 1996, the Olympic Torch Relay came through the township of Belleville. The relay entered Belleville from Rutgers, made a left onto Washington Avenue, passing the Belleville Town Hall, a right onto Belleville Avenue and stayed on Belleville into the township of Bloomfield. The torch relay ended at Atlanta, Georgia for the 1996 Summer Olympics. 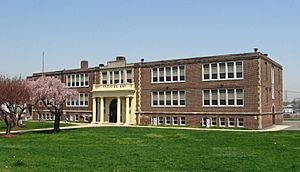 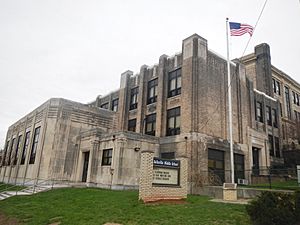 The Belleville Public Library and Information Center had a collection of 105,452 volumes.

People who were born in, residents of, or otherwise closely associated with Belleville include: 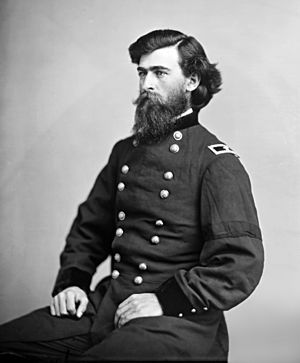 All content from Kiddle encyclopedia articles (including the article images and facts) can be freely used under Attribution-ShareAlike license, unless stated otherwise. Cite this article:
Belleville, New Jersey Facts for Kids. Kiddle Encyclopedia.